The feud in Yuvraj Singh's family has now taken another ugly turn.

The feud in Yuvraj Singh’s family has now taken another ugly turn. Yuvraj’s sister-in-law Akanksha Sharma has slapped a domestic violence case on her husband (brother of Yuvraj) Zoravar Singh, mother-in-law Shabnam Singh and brother-in-law Yuvraj. Akanksha had participated in Big Boss 10 last year. According to reports, October 21 is the date for the first hearing. This was confirmed by her lawyer Swati Singh Malik and the case has been filed in Gurugram. Malik spoke to SpotboyE.com and confirmed on the developments. Here are the excerpts from the interview.

“This recovery could possibly be of some jewellery, it’s not of money.”

Is Yuvraj booked too?

“Yes, Akanksha has filed a case of domestic violence against Yuvraj, her husband Zoravar and their mother Shabnam.”

Why Yuvraj? and how was he involved?

“Look, domestic violence does not mean just physical violence. It also means mental and financial torture, which can be attributed to Yuvraj. Yuvraj was a mute spectator to the suffering caused to my client by Zoravar and his mother.

“When Yuvraj and Zoravar’s mother was pressurising [sic] Akanksha to have a baby, Yuvraj too had joined in to do the same. He too told Akanksha ‘to have a baby’. He was hand-in-glove with his mother.

“Yuvraj would even tell her that she should obey his mother because she was the most superior person in the house … Really, that lady is extremely dominant. Zoravar and Akanksha were at her mercy for every decision.”

Was Akanksha beaten up?

“Well, not black and blue but she was definitely slapped and pushed. There was domestic violence on emotional and financial grounds too. Let me elaborate. Akanksha was asked to get up at 5 am and make tea when there were three cooks in that house.”

Akanksha will speak to the above website after the first hearing. Meanwhile, Yuvraj has failed the Yo-Yo test again which jeopardises his return to international cricket. He was recently pilloried on social media for his cracker-free Diwali request. This is the last development he would have wanted. 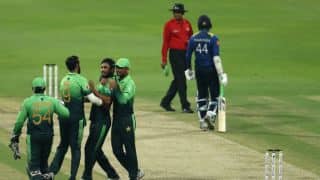