Yuvraj Singh was diagnosed with cancer after India's 2011 World Cup victory. Nonetheless, with a successful treatment, he made a comeback in the next year itself.

Yuvraj advised patients and their family members, not to lose hope as the disease was curable and said he, being a cancer survivor, was an example. He said sometimes prayers play a more vital role in a patient’s recovery than medicine. He said tobacco was one of the causes for cancer and urged people not to consume it.

Yuvraj last represented India in their tour of West Indies in July. He was a part of Champions Trophy squad; wherein he scored a fifty in India‘s tournament-opener versus eventual winners Pakistan. 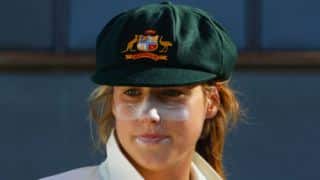