Yuvraj visited Hakim's Aalim, a popular salon among celebrities, to get a new look.

Former India all-rounder Yuvraj Singh, who recently won the Road Safety T20 World Series title with his team India Legends, surprised his fans with his new look on Thursday. Sharing his new hairdo on his official Instagram handle, Yuvraj also sought opinion from his friends and fans to rate his look. The 39-year-old captioned the post: “yes or no or maybe?”

Yuvraj visited Hakim’s Aalim, a popular salon among celebrities, to get a new look. He also thanked the renowned hairstylist – Aalim Hakim in another Instagram post and captioned it: “Hair on point brother !! @aalimhakim.”

Yuvraj, who is known to share a great camaraderie with the former and current India cricketers, received rave reviews on his new-look. From Irfan Pathan to Ravindra Jadeja, Shikhar Dhawan to Harbhajan Singh – everyone expressed their reviews on Yuvi’s hairdo.

Meanwhile, Yuvraj played an important role in leading India Legends to the title of recently-concluded Road Safety World Series T20. India Legends defeated Sri Lanka Legends by 14 runs in the final in Raipur on last Sunday. Yuvraj, who bagged the Player of the Match award in the final, played a brilliant knock of 60 off 41 balls that included four sixes and four boundaries which helped India post 181/4 in 20 overs.

All-rounder Yusuf Pathan starred in the team’s victory with an unbeaten 62 and two wickets for 26 runs, which restricted Sri Lanka to 167/7 in 20 overs while chasing 182 on Sunday night.

During the course of the T20 tournament, Yuvraj gave his fans plenty to cheer about with some vintage performances. Apart from giving match-winning performances, Yuvraj scored 194 runs in six innings that included two half-centuries.

Yuvraj called time on his glittering international career in June 2019 when he decided to hang his boots from all forms of the game. He represented India in 40 Tests, 304 ODIs and 58 T20Is between 2000 and 2017, scoring 11,778 runs across formats and also picked up 148 wickets as well. 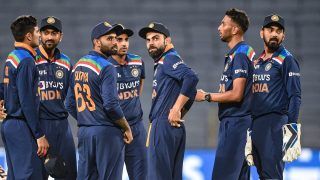 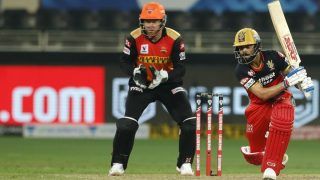