Yuvraj has managed only 205 runs at a dismal average of 18.63 from 12 games and DD are practically out of contention.

New Delhi: Delhi Daredevils (DD) CEO Hemant Dua said that it was Indian Premier League (IPL) market that decided Yuvraj Singh’s price of Rs 16 crore and the franchise is firmly backing the ageing star despite his failure to turn the team’s fortunes in the ongoing eighth edition of the league. READ: IPL 2015: Delhi Daredevils back Yuvraj Singh despite his failures in the ongoing tournament, says CEO

Yuvraj has managed only 205 runs at a dismal average of 18.63 from 12 games and DD are practically out of contention for a place in the play-off. “I think we talk about Rs 14 crore-Rs 16 crore but that’s all a market place. As Yuvraj had rightly said (in Vizag) that he never asked for that price. It was a market place,” DD CEO Dua told PTI during an interaction where he analysed the team’s performance in the current season.

He did state that they would have ideally liked to get him for lesser amount but once bidding started they had to go all out. “Would we have liked it to be Rs 16 crores? No, as a franchise, I would want it to be as less as possible, right. But there is an opposition (rival franchises), which is there and they want the price to go up. So as I said, it was market determined,” Dua explained. While Dua made it clear that the franchise is behind Yuvraj he did admit that constant reminder of a big price tag affects the player as “they are also human” at the end of the day. READ: Yuvraj Singh’s half-century against Mumbai Indians in IPL 2015 rekindles painful memories of ICC World T20 2014 final against Sri Lanka

“At the end of day, the hype created, especially by the social media, starts hurting a player and his conscience. You have to understand that players are also human beings. Emotions (outbursts on failure) from all side is bound to affect a player and however big you are, you are only human. That burden does come in somewhere,” Dua said, batting for the elegant left-hander, who is now past his prime.

He is confident that Yuvraj will come out of his bad patch. “Being a player that he is, he will overcome it and as a franchise we support him wherever we can. We don’t see that as his fault. He is here to perform and is trying his best,” the CEO added.

Asked if Yuvraj and Zaheer Khan was in DD’s long-term plans considering their age, the CEO seemed non-committal. “If they are fit and happy to play, we have no problems. But when their bodies give signals it is completely upto them. A career decision is taken by the individual himself and I am no one to comment on that,” he said.

Delhi Daredevils have been short of top grade current India player (save Mohammed Shami, who is injured) but the CEO didn’t buy the argument that ‘Retention Policy’ is hurting their cause badly. Would it have been different had DD been able to lay their hands on reigning superstars like Virat Kohli or an Ajinkya Rahane, Dua sounded dismissive.

“On a particular day, anybody can be a superstar. T20 is not about a superstar and it is more about collective performances that help a team to cross the line. I don’t know whether retention policy hurt us or not. But for me patience is the name of the game. I would urge all our fans to be patient. It takes time to rebuild. I am not going to dwell on what happened in the past,” the DD top boss said.

Dua said that their team is getting closer towards being stable. “Most of the other squads are stable and our rebuilding process has kind of finished. Probably, one more year and we will be back in the charts.”

He also differed from the popular notion that DD’s penchant for changing squads every year is hurting them. “We did change our squad in 2013 and that was needed at that time. Last year, we kept a core of 11 players and changed rest. So there is a progression there. We will have a very few changes here and there next season.”

Asked about the ongoing season where the team has lost eight of the 12 games, the official termed it as a ‘season of missed opportunities’. “I think closing was an issue and that happens in any game. If we win the last two games and finish on 12 points, I would term it as a good comeback from last year. We had limited resources available at auction. We lost four close games — two in the beginning and the last two games. Had we won those close matches, it would have been different. Our time will come.”

He was quick to admit that Shami’s injury hurt their chances badly as it affected the playing combination. “If we had Shami, we would have had the flexibility of playing the international players that we wanted to play. Our bowling would have strengthened. But now we had to look at international players from bowling aspect. Look at the changes that happened once Zaheer (Khan) came into the squad. He immediately made an impact. Somehow, luck was also not on our side as we failed to turn individual brilliance into collective brilliance,” concluded Dua. 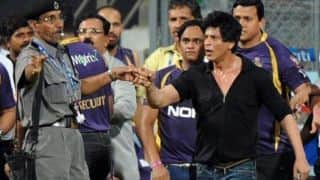