India A captain Shreyas Iyer feels the return of leg-spinner Yuzvendra Chahal to red-ball cricket will help his team in the first unofficial Test against South Africa A here. “He (Chahal) will be playing red-ball cricket after a long time. Having a leg spinner in the team is always has an advantage, especially on these tracks and also they can get wickets at any moment of time because you get lot of turn on this pitch,” Iyer told reporters on the eve of the game.

“It is going to be a great exposure for him as well because he carries lot of experience being a senior player. Also, he has played in different conditions. He can play a major role if he backs himself.” Chahal has not played first-class cricket since December 2016, but the Indian team management and especially skipper Virat Kohli had indicated that he wants the wiry leg-spinner for five-day matches too.

It is widely believed that Chahal is being kept match-ready as the selectors have named senior squad for only three Test matches in England. Iyer himself is playing red-ball cricket after an eight-month gap and is looking forward to the challenge. “I played my last match in December. My approach to red-ball has always been positive. I am very flamboyant in terms of my shot making and I always back myself. I always think positive about my batting. With regards to getting selected in the national team, it is not in my hands . I will do my job. That is to keep performing,” he said.

Iyer also said that captaincy has played a big role in changing his mental set up, compelling him to shoulder more responsibilities on and off the field. “The transition period has been really great after being appointed captain. It as changed me mentally and I am also planning my innings accordingly. So you tend to take lot of responsibility and set an example for your team,” he said.

Replying to a query, Iyer said India A Coach Rahul Dravid‘s inputs have helped all players to perform better. “We got two good sessions here. It wasn’t difficult to bat on it. To be honest, the wicket had lot of cracks in it. They were not easy to bat on. Batting in such conditions will make us positive when we play on the centre pitch because it will be considerably more better than what we batted on,” he said.

Iyer also said there is going to be an exciting contest between the two sides as they have not watched any of the South African players. However, Indian batsmen and bowlers are in good form and performed well against England. “We have a great team. They played in England. All batsmen and players are in a good frame of mind. We will try to give our best shot. We haven’t seen their players and therefore it is going to a be a great tour for us,” he said.

South African Captain Khaya Zondo said the matches will be a stepping stone for players to make a comeback into the national side and youngsters will get a platform to make an impression. Zondo also said they are expecting a good challenge because India of late have done well in home and away games in one day and longer formats of the games. On the pitch, Zondo said he is expecting a good cricketing pitch, though he has not had a look at it. 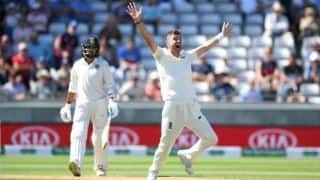 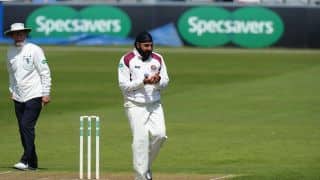