Zimbabwe cricketers have received match fees which was owed to them from their tour to Sri Lanka last July, recently but ZC still owes the players two months' salaries and dues

Zimbabwe Cricket (ZC) failed to keep up its promise of paying up all the outstanding player and support staff salaries by July 25. Zimbabwe cricketers have received match fees which was owed to them from their tour to Sri Lanka last July, recently but ZC still owes the players two months’ outstanding salaries and dues.

ESPNCricinfo reported that ZC owes debts that amount to the range of USD 18 million. It has also been learnt that ZC have managed to renegotiate this debt amount by working in tandem with the Zimbabwe Asset Management Corporation.

Earlier this month, the International Cricket Council (ICC) had come up with revised drip-funding system for the debt-laden ZC when they agreed to a package of measures for the latter on the condition of controlled spending by ZC. The decision had come at the ICC’s annual conference in Dublin where ZC were asked to come up with proof of reduced or restructured debt. Even though ICC has committed to help ZC come out of this mess but its on a drip-funding basis in the mid term, it was also learnt that ICC would not release its scheduled July payout to ZC.

“I am satisfied we have mapped out a way forward to enable Zimbabwe Cricket to get back on track,” Shashank Manohar, the ICC chairman, said. “It will require significant change to their financial, managerial and cricketing operations, along with support from the ICC, but we saw the latent potential of cricket at the recent ICC Cricket World Cup Qualifier in Zimbabwe and this gives us the opportunity to build on that,” the top boss added.

With ICC coming out in support of ZC, albeit with strings attached, it does seem to be a problem which refuses to die down soon because of financial complexities. In the meanwhile, player discontent is at an all-time high as Zimbabwe took the field without five of their top players – Brendan Taylor, Graeme Cremer, Sikandar Raza, Sean Williams and Craig Ervine – in the recently concluded T20 triangular series against Australia and Pakistan. On the eve of the Pakistan ODIs, Malcolm Waller pulled out of the squad as well.

Meanwhile, ZC apologised to all affected parties and explained in a statement made earlier this week: “When the commitment to pay the salaries and match fees was made, ZC was not aware of the stringent measures that the International Cricket Council (ICC) would introduce as part of the controlled spending which has slowed down the release of expected funds. However, the ICC and ZC have worked on an interim arrangement to fast-track an exceptional payment specifically for staff and players. The exact details and timing of this payment will be known within 48 hours.”

There has been no further development on the promise made by ZC till the last wires were received.

Zimbabwe are scheduled to play neighbours South Africa in a three-ODI and three-T20I series in South Africa starting September 30. This means that they are not going to play any international cricket in the next 2 months. It is quite likely that player availability for the upcoming series would hinge on how ZC deals with this issue of non-payments, amongst other things. 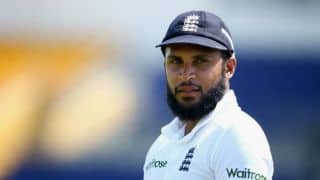 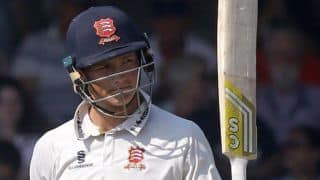