Sikandar Raza has revealed that he was stunned to see an electrifying crowd supporting his side during the ODI series against Pakistan.

Karachi: Zimbabwe batsman Sikandar Raza has revealed that he was stunned to see an electrifying crowd supporting his side during the recently concluded ODI series against Pakistan in Lahore. The 29-year-old batsman, who smacked a brilliant 100 off just 84 balls in the second ODI, said that the love and support they were getting from the crowd was simply unbelievable. Read: Pakistan vs Zimbabwe 2015: Nawaz Sharif thanks Zimbabwe president for going ahead with the tour

Reflecting on the support received by the visitors, Raza stated that it was beautiful to see so much support while being away from home as it is not something one would expect in a foreign land, PakPassion reported. Although Pakistan clinched the series 2-0 after third ODI was washed out, Raza described the home crowd as ‘fantastic’. 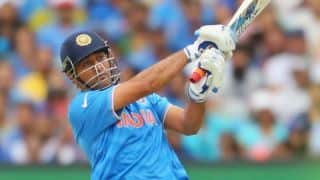