Zimbabwe tour of Pakistan 2015 to kick off amidst tight security

Zimbabwe tour of Pakistan 2015 to kick off amidst tight security

Even when they take the field from Friday, it will be without International Cricket Council (ICC) umpires.

Six years on and under high security involving 3,000 police and blanket aerial surveillance, the same city will host African minnows Zimbabwe from Tuesday for a short series that Pakistan hopes will help end its sporting isolation. READ: Ahsan Raza, 2009 attack survivor, to officiate

With top nations refusing to visit through fears of militant attacks, it’s been a long time in the wilderness for the cricket-mad country and its players, fans and administrators.

Risks remain high and the massacre of 45 minority Shiites in an attack on a bus in Karachi last week nearly prompted Zimbabwe to pull out at the last minute.

Even when they take the field from Friday, it will be without International Cricket Council (ICC) umpires after the world body decided not to send match officials because of security concerns. READ: Pakistan vs Zimbabwe 2015: Tickets selling out fast

However, excitement is building as international cricket returns, even in a small way with the two Twenty20 and three one-day matches against unglamorous Zimbabwe.

“The last six years were unbearable. Our grounds were left deserted, fans were deprived and a new generation of players lost a chance of playing on home conditions before their own people,” Test captain Misbah-ul-Haq told AFP. READ: PCB announces its own panel of match officials for Zimbabwe series

Forced to host home games in neutral venues like the United Arab Emirates (UAE), the Pakistan Cricket Board (PCB) estimates it has lost $120 million in TV rights and extra overheads.

Even hosting Zimbabwe will cost PCB more than $1 million, half of which is for the visitors’ fees and expenses. Not much of the outlay will be recouped by sponsorships and gate proceeds.

While the March 2009 attack on the Sri Lankans, which left six police and two civilians dead, forced the long hiatus, it wasn’t the first time a cricket team had been caught up in Pakistan’s militant violence. READ: ICC not to appoint umpires and match officials citing security

In 2002, 14 people died in a suicide blast outside a Karachi hotel as New Zealand and Pakistan prepared to leave for the second Test, prompting the tour to be abandoned.

The PCB now says it has “foolproof” security involving thousands of police to protect Zimbabwe as they shuttle between their five-star hotel and Lahore’s Gaddafi Stadium.

The area around the venue will be cordoned off, with various security checkpoints for fans, and paramilitaries will watch the area around the clock with constant surveillance from rooftops and helicopters. READ: Zimbabwe tour of Pakistan a ‘ray of hope’, feels Sarfraz Nawaz

The players will not be allowed to leave their hotel without security and their movements will be restricted within the stadium.

“It is our first step towards the goal of reviving international cricket and we will leave nothing to chance to make this tour safe and successful,” PCB chairman Shaharyar Khan told AFP.

Nevertheless, it will be a long time before cricket returns to normal in Pakistan, still battling Taliban and Al Qaeda-linked insurgents who have claimed tens of thousands of civilian lives. READ: Tickets go on sale for much anticipated series

“It took one attack to stop international cricket in Pakistan, but it will take a few attack-free tours to bring it back fully,” Osman Samiuddin wrote in a column for the Cricinfo.com website.

For players like Umar Akmal, Azhar Ali and Asad Shafiq — all of whom have played more than 50 internationals — it will be their first chance to represent Pakistan at home.

Tickets are not yet sold out, given the uncertainty surrounding whether the tour would go ahead, but officials are reporting a surge in demand. READ: Zimbabwe tour of Pakistan is on, says PCB

“I am going to all matches,” said Salman Ahmed from the town of Gaggu Mundi. “I last watched a match was in Multan in 2008, so it has been a long time now.” 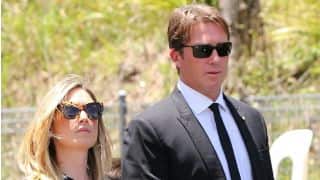