Afghanistan were at 86 for one at the end of 20 overs of play at the second One-Day International (ODI) at Bulawayo. Usman Ghani  and Rahmat Shah were unbeaten at 47 and18 respectively while Sean Williams and Prosper Utseya bowled three overs each, conceding 18 and 13 runs respectively.

Ghani needs just three runs to reach his third ODI half-century. Afghanistan made a huge recovery after their initial loss of Noor Ali Zadran, who fell at the start of the tenth over. Ghani, along with Rahmat Shah added 53 runs so far for the second wicket, smashing five fours and one six in the process.

The Zimbabwean bowling look ordinary so far, though they have managed to keep the run rate below five so far. 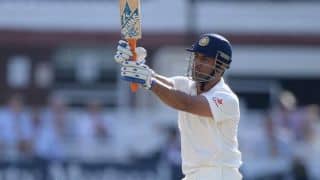