Afghanistan were 38  for one at the end of 10 overs in the second One-Day International (ODI) of the five match series held at Queens Sports Club, Bulawayo on Sunday. Rahmat Shah was batting on one, and Usman Ghani was batting on 18.

Usman Ghani started things in style, scoring a boundary off just the second ball he faced in the second over. Afghanistan then managed to get boundaries in the next four overs as well. Noor Ali Zadran started cautiously and was looking to set himself in, but fell to a Tinashe Panyangara delivery in the 10th over.

Zimbabwe won the first match of the ODI series by six wickets. The bilateral series will give both team much needed exposure, and aid in their preparations for the upcoming ICC World Cup 2015. 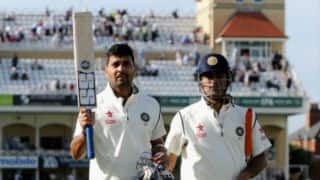 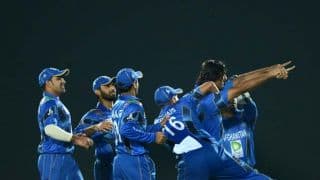