Pakistan and Bangladesh have had some close contests in the past, which stems from their bitter political history. Bangladesh gained independence from Pakistan in 1971 and since then the latter have clearly dominated the contests.

In a crucial draw in the Asia Cup T20 2016, hosts Bangladesh take on a volatile Pakistan side in the eighth game of the tournament. A win here will seal Bangladesh’s spot in the tournament final and the match between Pakistan and Sri Lanka on Friday will then hold little significance.

After losing to India in the tournament opener, Bangladesh have come back strong and defeated UAE and then Sri Lanka. They are currently at No. 2 position in the points table and a win here will see them go through to the final. The ‘Tigers’ as they are called, they live up to their title especially when playing at home. Gone are the days when Bangladesh just competed as a side. In the recent past, they have beaten Pakistan, India and South Africa in limited-overs series in home.

Bangladesh may not boast a very good record in T20Is but they beat the touring Pakistan side in the only T20I they played last year. Bangladesh, who have historically depended on spin to bowling to bail them out now have a strong pace artillery. However, the mistimed injury to Mustafizur Rahman will hamper their chances. The solitary good news is the return of opening batsman Tamim Iqbal.

Led by Mohammad Amir, Pakistan’s strength lie in their bowling attack but the concern is their batting which is a tad too unpredictable.

After being bowled out for 83 against India, they faced major hiccups against UAE too, till Shoaib Malik and Umar Akmal bailed them out. Shahid Afridi has done well in Asia Cup games against Bangladesh and the side will hope their skipper to turn things around for them.

Pakistan and Bangladesh have had some close contests in the past, which stems from their bitter political history. Bangladesh gained independence from Pakistan in 1971 and since then the latter have clearly dominated the contests. In fact, Pakistan have won all the 12 Asia Cup encounters against Bangladesh. However, the last three Asia Cup games have been very close. Bangladesh came very close to winning the title in 2012, which they lost by two runs.

All these matches were ODIs though and the unpredictability of T20 format may just turn the tides in Bangladesh’s favour. Apart from the likes of Sabbir Rahman, Shakib Al Hasan, Tamim and others, they will have a capacity crowd behind them. All we can expect is an intense clash between these two sides tonight. 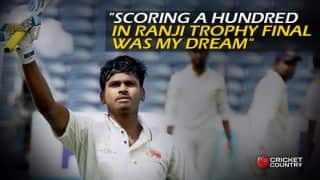 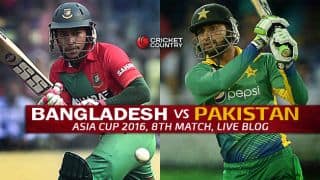