In a way, it was fitting that the man whose initials were MCC (Michael Colin Cowdrey) was the first to get to the mark. Cowdrey, later in life, became the president of Marylebone Cricket Club (MCC).

In November 2013, Sachin Tendulkar became the first cricketer to play 200 Tests. The hype was immense as it was Tendulkar’s farewell game, a man who had completed 24 years in international cricket. There is no player in immediate sight, who can go on to play in 200 Tests. Out of the current crop of players, Alastair Cook has played the most Tests. He will play his 130th one this Thursday.

There have been 64 cricketers, who have played over 100 Tests but the three-figure mark was something of huge significance a few decades back. On this day, in 1968, the then England skipper Colin Cowdrey became the first cricketer to play 100 Tests. As expected, the hype around this was big.

In a way, it was fitting that the man whose initials were MCC (Michael Colin Cowdrey) was the first to get to the mark. Cowdrey, later in life, became the president of Marylebone Cricket Club (MCC). ALSO READ:  Winston Davis derails the Australian batting line-up in World Cup 1983

Cowdrey had already gone past Godfrey Evans’s world record of 91 Tests. The second Test of the Ashes at Lord’s was his 99th and the build-up for this one was enormous. Having lost the first Test at Old Trafford and drawing the second one, skipper Cowdrey was under pressure. Much was expected from this Test, which England managed to dominate but weather, acting the spoilsport, had the last say.

However, on a personal front, it was a fairy-tale for Cowdrey. The Day One at Edgbaston was called-off. Electing to bat first, Cowdrey made the most of it when he stroked a fluent 104. The hallmark of the knock was his fine cover-driving. READ MORE: Geoffrey Boycott scores painfully-slow double hundred and gets dropped from the team

First to the 100th Test mark, when Cowdrey reached 60, he joined Walter Hammond as the only batsman to the 7,000 Test runs’ club. Thanks to the weather, this game where England held the upper hand ended in a draw. However, it went on to be a milestone piling Test for Cowdrey.

The fourth Test was again a draw and at The Oval, in the final Test, England drew the series 1-1 by pulling off a 226-run win. Cowdrey eventually finished with 114 Tests and surpassed Hammond’s tally of 7,249 Test runs, registering 7,624 runs. 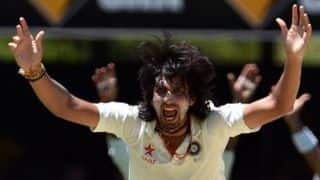 Ishant Sharma: Conditions in West Indies will be challenging 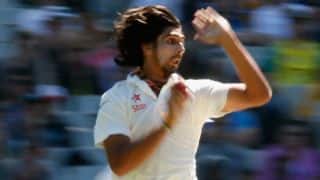 Ishant Sharma says important for teams to have collective goals