Trueman went to script history as he became the first ever cricketer to have taken 300 Test wickets.

Former English speedster Fred Trueman was indubitably among the greatest fast bowler England have ever seen. He was the nightmare for many batsmen of his era as he troubled the best with his menacing pace and immaculate line and length. He announced himself on the biggest platform in his debut Test against India at Leeds in 1952. He ran Indian rampant with his guile and was tipped to be the next big thing in English cricket.

Trueman went to script history as he became the first ever cricketer to have taken 300 Test wickets. He achieved this milestone on this day in 1964 during the fifth Test of Ashes at The Oval. Trueman started this Test with 297 wickets in his basket and needed only three more to encrypt his name in the history of international cricket. ALSO READ: Nine facts about the legendary England paceman — Fred Trueman

It was the fifth and final Test of the series in which England opted to bat first after winning the toss. England were bundled out for 182 in the first innings as Neil Hawke, Australian medium pacer ripped apart the English batting line up. Australia walked out to bat but Trueman didn’t enjoy enough success with the new ball. Australia looked good at 343 for six down. Ian Redpath was batting on 45 when, Trueman tasted his first success of the day. He steamed in and shattered Redpath’s stumps with a beauty to move a step closer to the landmark.

Trueman didn’t stop there; he removed Graham McKenzie on the very next delivery to trek another stride closer to history. McKenzie edged that one straight into the hands of Colin Cowdrey at slips and Trueman was now on a hat-trick. Australia were eight down for 343.

Neil Hawke walked in and all eyes were set on Trueman as the lanky pacer was on the brink of creating history with a bang. Hawke denied Trueman from a hat-trick as he averted the glorious ball. At Lunch, on Day 2, Trueman had 299 to his name and 300 was just sneaking around the corner.

As the play resumed after lunch and Trueman was etching to get to the landmark. Hawke was on 14 and nicked one to Cowdrey again at slips, who made no mistake in cupping it. History was created; Trueman had 300 Test wickets to his name. Though he was deprived from a hat-trick but he achieved bigger dividends. Trueman went on to chip another wicket in the innings in the form of Grahame Corling and finished with figures of 4 for 87 with six maidens from his spell of 33.3 overs.

The match ended in a draw and it will always be remembered for Trueman’s achievement and heroics. Later, he was questioned if anyone would ever break his record, Trueman as reported by ESPNCricinfo quipped saying, “Aye, but whoever does will be bloody tired.” Fiery Fred’s eventual total of 307 remained the world mark till 1975-76 as Caribbean spinner Lance Gibbs become the second one to reach this milestone.

Suraj Choudhari, an avid cricket follower who plays the sport at club level, is a staffer with CricLife) Pakistan’s results against New Zealand, Australia will determine their dominance over other subcontinent teams 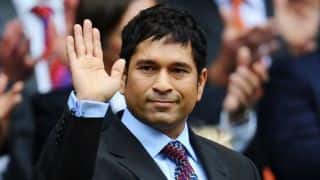