Infographic: Times when India have won two or more Tests in overseas series

Infographic: Times when India have won two or more Tests in overseas series

Before the start of the third Test, let us have a look at this infographic, which shows India's victory in two or more Tests in a series overseas.

Beating India at home is a herculean task but the tables turn when the side tours overseas. Historically, India have never been good tourists. India’s overseas record further dips when they play outside subcontinent. Even securing a draw at times becomes challenging.

The struggle to win in overseas conditions, especially in countries like England and Australia has been going on since a long time. In 1968 in New Zealand, India, under the leadership of MAK Pataudi first won a series where they won more than a Test. In that series, India won three Tests outside Asia in a series for the first time. ALSO READ: India tour of West Indies 2016, 3rd Test at St Lucia: Likely XI comparison

From there on, the thought process changed for Indian think-tank. Later, India did win 2 Tests in two series in Australia and England in the 70s and 80s respectively. There was no such victory during the 90s, but they remained invincible at home. India have not been able to replicate the same outside Asia in 2000s.

In the ongoing Test series between India and West Indies, they have the best chance to improve their numbers in the Caribbean. India have won three Test series in West Indies, out of which two have been in their previous two tours but never have they been able to win more than a Test.

India are currently leading the series by 1-0 with two match to go. Before the start of the third Test, let us have a look at this infographic, which shows India’s victory in two or more Tests in a series overseas. 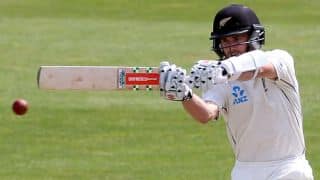