Dhoni and his men had a job of restoring the fan’s faith in the game and they did so by displaying some brilliant cricket throughout the competition.

It was a thrilling end to a damp day at Edgbaston. A 50-over One-Day International (ODI) game was reduced to a Twenty20 affair. It was a game that swung like pendulum till the end and the side that held their nerves better clinched it.

On this day, two years back, India won the Champions Trophy. Under the captaincy of Sourav Ganguly, India were awarded the joint winners along with Sri Lanka in 2002 and back in 2000, India ended up as runners-up. Both the previous feats were bettered as India remained unbeaten in the competition.

Prior to the start of the tournament, the mood in Indian cricket was sombre as it was once again hounded by the match-fixing controversy. MS Dhoni and his men had a job of restoring the fan’s faith in the game and they did so by displaying some brilliant cricket throughout the competition. In the final, India batting first managed only 129 from their 20 overs. England were cruising at one stage and needed only 28 from the last three overs with six wickets in hand. The well-set batsmen Eoin Morgan and Ravi Bopara fell off consecutive deliveries to Ishant Sharma and that brought India back in the game. In the end, India clinched it by five runs.

Indian opener Shikhar Dhawan, who scored 363 runs at an average of 90.75, was awarded the player of the tournament. 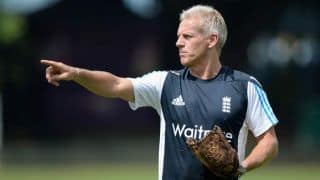 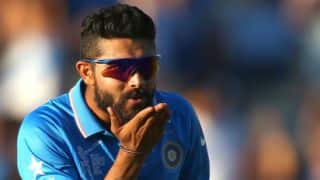