CricketCountry previews the series opener from the Gabba, where India meet Australia on Wednesday.

The BCCI on Tuesday announced the touring team s 12 for the opening match, confirming that Rishabh Pant will keep wickets for the first time for India in limited-overs cricket. But what about the makeup of the bowling attack? Will Yuzvendra Chahal sit out and Khaleel Ahmed play as the third pace bowler?

As for the hosts, who have won nine of 16 T20Is this year – losing seven which includes a run of five defeats in six games – they look set to bring in one of Adam Zampa and Ashton Agar as the specialist spinner. 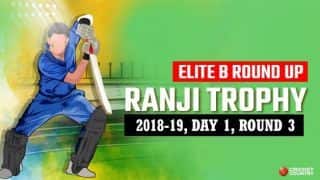