He was rarely seen in Rajya Sabha due to his busy cricket schedule but parliamentarians hope that Sachin Tendulkar will play an equally memorable innings as a member of Parliament after he retires from the game next month. 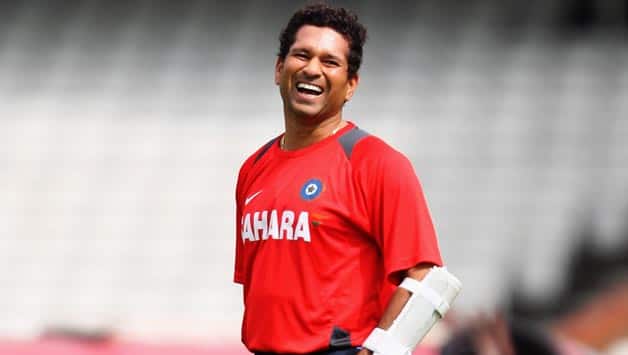 He was rarely seen in Rajya Sabha due to his busy cricket schedule but parliamentarians hope that Sachin Tendulkar will play an equally memorable innings as a member of Parliament after he retires from the game next month.

Tendulkar was nominated for the upper house of Parliament in April this year along with actress Rekha and activist- businesswoman Anu Agha.

The 40-year-old Mumbaikar, considered one of the most successful batsmen ever, made his debut in Rajya Sabha on the first day of monsoon session this year but the house was adjourned after uproar over statehood demand for Telangana and Bodoland.

Veteran journalist and Rajya Sabha member HK Dua, who sits close to Tendulkar in the house, hopes that he will be more active in Parliament now.

“He has not shown much interest in Parliament proceedings till now. I hope that once he bids adieu to the game, he will be more active in the house. I have seen him sitting quietly in Parliament till now,” he told PTI.

Rajya Sabha member from Maharashtra Bhalchandra Mungekar, who was incharge of sports in Planning Commission from 2004 to 2009, said Tendulkar has shown interest in sports related issues.

“I told him to concentrate on sports policy and give suggestions. He is very keen and has shown interest also. I am sure that he will have many things in his mind for the betterment of sports and cricket in particular,” said Mungekar, also a family friend of Tendulkars.

Former Hockey captain Dilip Tirkey, the only other sportsperson in the upper house apart from Tendulkar, hopes that the cricketer’s inning in parliament will be as exemplary as his game.

“Sachin is a legend and if he has become a member of Rajya Sabha then he definitely has something to deliver.

Otherwise, he would have never accepted this membership. I am sure that once he retires from the game, where he has a God-like stature, he will give more time to Parliament and will become an exemplary MP,” said the MP from Odisha.

“Sportspersons take some time to adjust in Parliament as the proceedings are something new and strange to them but the interest develops gradually. I hope that he will raise sports related issues in the house,” Tirkey said.

Mungekar noted that though Tendulkar is yet to speak in the house, everyone is in awe of his behaviour.

“Despite being a star, his approach, modesty, mannerism and simplicity is commendable. I am sure that he will show the same dedication and involvement in parliamentary work post retirement,” he said.

Tendulkar had begun his new innings as an MP with a detailed letter to the then Sports Minister Ajay Maken putting forward a plan to improve sporting infrastructure at the university level as well as identifying young talent in schools and colleges.

He had hinted at concentrating on parliament work after retirement when he took oath as a member of Rajya Sabha.

“I am here because of my cricket career. I cannot take any focus away from my cricket. When I stop playing cricket, I don?t know, then I will start attending to other things,” he said.