Darren Bravo made waves in the Caribbean Premier League (CPL) when he took Trinidad and Tobago Red Steel to a victory with a six off the last ball. It was an amazing game of cricket with Denesh Ramdin taking Guyana Amazon Warriors to 179. Chasing 180, Red Steel had slipped to 13 for three, before the two bravo brothers smashed it around and got the team back in the game. But, even as they seemed on course, they lost wickets towards the end. And then, they needed a six off the last ball. Bravo sized up the opportunity and bludgeoned it out of the park over mid-wicket. It was one of the biggest hits you will ever see. 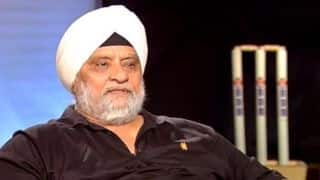