Australian coach Darren Lehmann praised his team after their six-wicket win in the third T20I against South Africa at Centurion on Friday.

Lehmann said that Australia were striving to become the best fielding team in the world and also said that an important catch or run-out is all it takes for a T20 game to change.

Lehmann added that the current Australian side had a good mix of both quality batting as well as bowling and maintained that they needed to adapt when they travel for the ICC World T20 in Bangladesh.

Lehmann also praised the Australian bowlers for taking the pace of the ball during the innings and said that their fielding was top-notch and up to the mark during the course of the series. 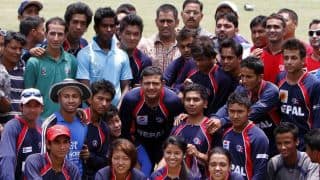