Former England off-spinner Shaun Udal recounts his days of playing at the Lords and discusses the ongoing Investec Test series between England and India in a video interview.

Udal played four Tests and 11 One-Day Internationals for England. He made his international debut in 1994 against New Zealand. The highlight of his career was his impressive away performances against Pakistan and India in 2005-06. He was instrumental in England’s 212-run victory against India in the third and final Test in Mumbai where he finished with figures of 4 for 14 in the second innings. 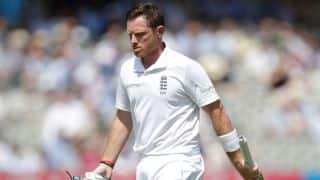