Viv Richards was an intimidating batsman during his long and glorious career for the West Indies team. He played 121 Tests and 187 One Day Internationals (ODIs) for his team. Among his famous knocks was the unbeaten 138 he smashed in the finals of the 1979 Cricket World Cup against England. He had also created a record of hitting the fastest Test century of all time by reaching the landmark in just 56 balls. 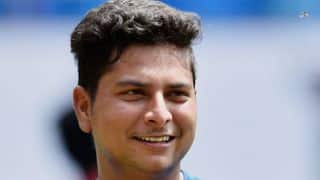