Morgan feels Stokes' reaction to the ball was not with the intention to obstruct it's course.

Controversy loomed over the second One-Day International (ODI) between England and Australia after Ben Stokes was adjudged out obstructing the field to Mitchell Starc. Stokes, batting on 10, played the ball straight to bowler Mitchell Starc and was out of his crease while playing the shot. Starc quickly gathered the ball and in a flash hurled it towards the stumps in order to get Stokes run out. Stokes quickly turned back in order to get his bat back into the crease and in doing so his outstretched left arm was struck by the ball. READ: Ben Stokes and others who have been dismissed obstructing the field

The matter of debate is whether Stokes was ‘willfully’ outstretching the arm to prevent the ball from hitting the stumps or whether the arm was outstretched merely as a result of reflexive/evasive action. Captain Eoin Morgan firmly believes the latter is the case. “Certainly my view was that the action wasn’t deliberate, he didn’t intend to alter the course of the ball,” said the English skipper. SCORECARD: England vs Australia, 2nd ODI at Lord’s

“The umpires and third umpires saw it differently, but they are entitled to that, it’s their profession, it’s what they do, but certainly I saw it differently,” said Morgan to ecb.co.uk. Asked about his conversation with Steven Snith after the match, Morgan said the conversation was not heated and both captains were merely putting their viewpoints forward. READ: Ben Stokes dismissed ‘Obstructing the field’ 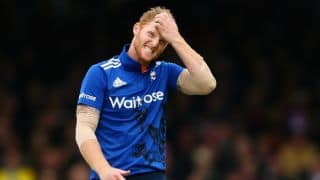 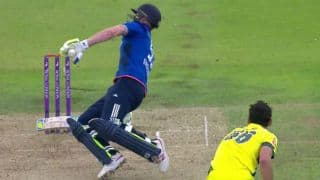 Ben Stokes dismissal: England's handling of the situation was dismal