Kane Williamson shared an awkward handshake with Ross Taylor after the former’s departure from the crease after his dismissal on a score of 112 from 88 balls, getting caught by Haris Sohail off the bowling of Mohammad Irfan in the second One-Day International (ODI) between New Zealand and Pakistan at Napier on Tuesday. Even though the blip might have looked uneasy for a moment, it hardly had an impact on the proceedings of the match as New Zealand handed Pakistan a 119-run thrashing.

New Zealand rode on the knocks of 112 and 102 not out by Williamson and Taylor respectively to finish on a mammoth total of 369 for the loss of five wickets, with Martin Guptill chipping in with a vital 76. The Pakistan top-order, in reply, got their side off to a decent start, with Mohammad Hafeez (86) and Ahmed Shehzad (55) posting their respective half-centuries. They were cruising at a score of 173 for two, before losing wickets in a heap to get bowled out on a score of 250. 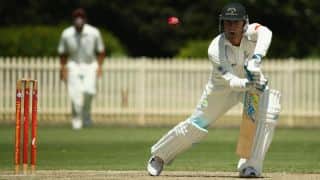 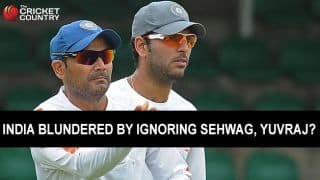