Video: MI beat SRH in Super Over, qualify for playoffs

Video: MI beat SRH in Super Over, qualify for playoffs

Rohit Sharma-led side joins Chennai Super Kings and Delhi Capitals in the playoffs.

Mumbai Indians became the third team in IPL 2019 to qualify for the playoffs this season after Chennai Super Kings and Delhi Capitals, by beating Sunrisers Hyderabad in the Super Over in Match 51 at the Wankhede Stadium, Mumbai on Thursday, after the teams were tied at 162 in regulation time.

After Manish Pandey and Mohammad Nabi took 16 runs off Hardik Pandya s final over, with Pandey hitting a six off the last ball to take SRH to 162/6 in reply to Mumbai Indians total of 162/5, Jasprit Bumrah put his hands up in the one-over eliminator conceding just eight runs and knocking over Nabi. Krunal Pandya added a crucial run out of Pandey off the first ball and then Hardik hit a six off Rashid Khan s first ball to set up the game for the hosts.HIGHLIGHTS: MI vs SRH

Earlier, after Quinton de Kock s fighting 69 not out pushed MI to 162/5 against a disciplined SRH bowling attack, Mumbai bowlers returned the favour in kind with Krunal and Bumrah claiming two wickets each to restrict SRH. But, Pandey s 71 off 47 balls and Nabi s late blitz of 31 off 20 kept SRH in the game.SCORECARD: MI vs SRH 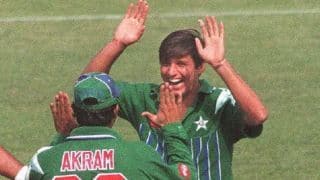 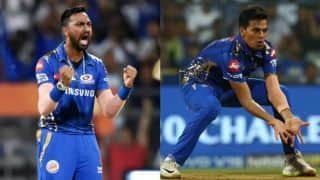