Cook needs to revisit his strategies as a captain and a batsmen in the upcoming series against India.

Alastair Cook has had to face criticisms about his captaincy from many former cricketers. Shane Warne has been made out to be his harshest critic. The England captain has been affected by the Australian great’s constant passing of judgment against him. Shrikant Shankar believes the only way to stop Warne’s criticisms is for Cook to adopt a different strategy to his captaincy and his game.

Being an international captain always bring about its challenges. Being critiqued by former pros comes with the territory. One could face criticism even while winning. So, when a captain losses regularly, criticism is certainly expected. Alastair Cook has faced a lot of criticism regarding his England captaincy over the past one year. Australian spin legend Shane Warne has been made out to be his harshest critic — if former cricketers are considered as Piers Morgan is not one.

Cook’s record reads six losses in the last seven Tests as England captain. While they were trounced by Australia, quite surprisingly, 5-0 in the Ashes 2013-14 away, a 1-0 series loss against Sri Lanka at home was unexpected to say the least. Both the Tests in the series almost went the full distance and Sri Lanka won only two days out of a total 10. England could and should have won both Tests. In the first Test at Lord’s, Cook’s delayed declaration brought about a pulsating draw. His non-attacking tactics on Day Four in Leeds allowed Sri Lanka to get to a stronghold, which they didn’t cease.

Warne has been a critique of Cook’s captaincy even when England won the Ashes 2013 3-0. Back then it didn’t seem to bother him much. The thrashing against Australia Down Under and the defeat against Sri Lanka have not helped Cook. He even said that “something needs to be done” about Warne’s constant criticisms against him. But merely complaining about a former pro in the media is not going to stop the criticisms, it might just increase. Warne did just that as he called Cook’s captaincy at Headingley as one of the worst he has seen on a single day in international cricket.

From ‘boring’ Cook’s captaincy has become ‘worst’. Cook has been accused of being highly defensive and not having a tactical nous as captain. In his column for The Telegraph, Warne wrote that if Cook was not sure of what to do tactically, then he should take an aggressive approach, not a negative one. And if Cook does so, he will not be far away from achieving success. Now Cook has a chance to change the critics’ opinions with a five-match Test series against India. His records against India have been very impressive, but his current form has been woeful.

While he still averages a good 45.90 [for an opener], his strike-rate is a mediocre 46.99. Even in his batting Cook has not been very aggressive. No one can predict what the final outcome of the series between England and India will be. The last time the two sides met in a Test series, it was England who came out trumps 2-1. But as this series is about to begin, it is MS Dhoni, who’s captaincy credentials which have been elevated, not Cook’s. 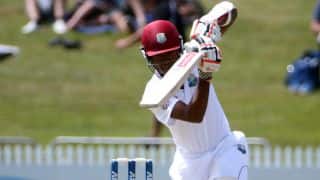 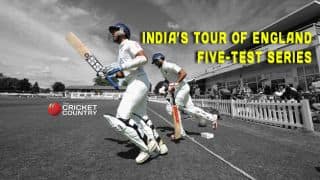