Since 2012, the selectors have tried out 13 different opening partners for Cook, none of whom has done enough to hold down his spot.

Alastair Cook s decision to retire from international cricket at the end of the fifth Test against India at Kennington Oval next week has left the England & Wales Cricket Board (ECB) with a headache. Who to pick as replacement for England s all-time leading run-getter?

As it is, the opening conundrum in Tests has been a problem for England since Andrew Strauss retired in 2012. Since then, the selectors have tried out 13 different opening partners for Cook, none of whom has done enough to hold down his spot. The latest opener, Keaton Jennings, has endured a poor series with India.

With Cook out of the picture after the fifth Test against India, who might the ECB turn to? Here are the leading candidates to open in Tests.

Burns, 28, boasts a first-class batting average of 43.92 with 14 hundreds in 103 matches. His name has often been linked with England Test squads over the last few years, but a call-up has eluded Burns. Since becoming captain of Surrey ahead of the current county season, Burns is averaging 64.07 and Surrey are top of the County Championship in Division One.

Though he is No 3 batsman by trade, the selectors could turn to Vince as short-term option. Because this is the ECB, and anything is possible.

Vince is in the middle of a good run of form in the County Championship, in which he currently averages 51.58 in Division One. The 27-year-old was dropped from the Test squad for the two matches against Pakistan at the start of the summer, having scored 76 in his final innings of the New Zealand tour. However, that came after a poor Ashes in Australia where he made 242 runs in five Tests with two fifties and an average of 26.88.

Vince s stop-start Test career has spanned 13 matches from May 2016 to April 2018 without a century. He has crossed 50 thrice, with a best of 83 in Brisbane, and has four times been dismissed between 35 and 42.

Few may remember it, but Denly has played for England in 2009-10 – nine ODIs and five T20Is, to be precise. At the age of 32, you could have assumed that his international career was over, but with an average of 45.88 for Kent this season, after averaging 57.54 last season (albeit in Division Two), Denly could be on the ECB radar. He has nine first-class hundreds since the start of 2017, which makes him one of the most successful domestic batsman going around.

England s next Test series is a tour of Sri Lanka this winter, and the selectors could be looking at Denly – who bats at No 3 and 4 and plays spin well – as a stop-gap option as well as a back-up spin bowler to Moeen Ali, given that he has taken 15 first-class wickets at 23.60 this season, and took a hat-trick in a T20 game this summer.

The 24-year-old left-hand batsman is averaging 40.44 this county season, after dealing with a spate of injuries over the past year. Topping Middlesex s run chart this season is a plus, but the fact that Gubbins has not played more than five matches on account of injury could be a deterrent for the selectors. That said, scoring 73 for England Lions against India A in July is indication that he s one for the future.

At 22, Clarke has had county experts gushing about his talent since he scored six centuries during the 2016 season. His average since then has dropped to 40, but 693 runs at 40.76 for Worcestershire this summer may have him on the ECB s sheet for the tour of Sri Lanka. He bats at No 3 in county cricket, but could be seen as an opening prospect. 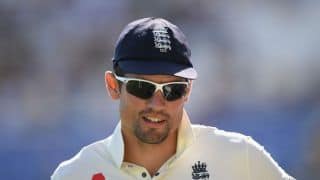 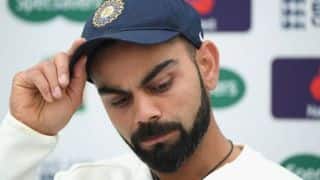