Quizzed if Archer s inclusion has created any rifts in the side, Root explained that it's purely providing competition and that can only be a good thing.

A senior players meeting was immediately called and it was decided that Hales be dropped from the squad after captain Eoin Morgan described his actions as a complete breakdown in trust .

“Now we’re back playing cricket, that is really good for the group. We can concentrate on our full focus being on the cricket going into the World Cup,” Root was quoted as saying in BBC Sport on Thursday.

England will be finalising their World Cup squad at the end of the ongoing series against Pakistan. Barbados-born pacer Jofra Archer can still force his way back to the squad after showing glimpses with hostility in the little play that was possible before Wednesday’s first match of the ODI series was rained off.

“It’s early days, but the way he bowled yesterday was particularly good. When guys come in and perform well, that is good for the squad. If guys are performing at the best of their ability, that will improve the standard of the group.

Quizzed if Archer s inclusion has created any rifts in the side, Root explained: “I don’t think he’s created any rifts, uncertainty, or problems in the team, it’s purely providing competition and that can only be a good thing.” (ALSO READ: ‘Will be absolutely staggered if Archer not included in England s World Cup and Ashes squad’)

Archer s exceptional bowling has seen many former England players including captain Michael Vaughan demand his inclusion in the Ashes 2019 squad as well. However, Root strayed away from elaborating on England s Ashes plans.

“When you watch him play and train, you are always looking towards the Ashes,” he said.

“There’s a huge of amount of cricket and chances for him, along with a lot of other guys. The selectors will make sure they weigh everything up carefully and cleverly. They will pick a squad of players that is performing well and are fit and ready to go.” 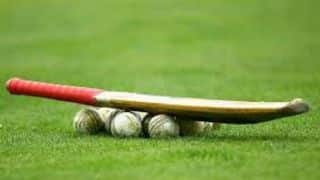