It is the last thing that cricket family needs; another powerhouse, Australia collapsing the West Indies. It is just horrible news for the sport.

It is a fact that a majority in the cricketing fraternity celebrate whenever Australia loses, and since their idea of playing good, hard cricket has not always been understood by everyone, a lot have taken offense on their ways of approaching the game of cricket. Australia, on their part, never made anyone understand, and instead, kept offending one and all. Well, it is that time when we say it is not funny anymore , because one of the biggest cricketing powerhouses has been stabbed from all corners, and it has fallen down on its knees. It is not even the last thing that cricket family needs; another powerhouse collapsing is just horrible news for the sport. FULL CRICKET SCORECARD: Australia vs South Africa, 2nd Test at Hobart

Years ago, the drive to keep their cricket ahead of the world started waning in the Caribbean. But money-minded sports administrators, who remained complacent and did not see what was impending, did not act, and their inaction provided the perfect impediment which killed the interest for the sport across several tiny islands. Not long ago, West Indies used to take field and the very sight of them would petrify the opponents; half of the battles were conquered in the mind itself. But not anymore, apart from being a venue where cricketing fraternity takes out its frustration, West Indies are also that team against whom those out of form get their act together by getting runs and wickets.

Cricket is a sport which is played by a handful of countries. To play cricket, one not only has to have necessary skill set, but also, an ocean of patience, perseverance and determination to keep going on and on and on. A traditional football match usually gets over in 90 minutes; if a result is required then another 30 minutes are added. But cricket is a different game all together: you may be on the top of the game for eternity, but one mistake may trigger a collapse and everything else falls apart in the end. The technical expertise that is required to play a cricket Test match is humongous compared to one of the most followed sport in the world.

Imagine, if after West Indies, Australia too go the same way, where will cricket land up? In the history of the sport, there have been only two teams who have dominated throughout West Indies and Australia. For whatever reasons cricket allowed West Indies to go in a slumber and never wake up, but the sport cannot afford another powerhouse going the same route.

England discovered the game; their colonisation around the world spread it. But the creators themselves remain away from No. 1 spot in Test cricket for years; they are yet to win a World Cup. South Africa are too inconsistent; they may have en-cashed the opportunity of beating Australia in their own backyard once again, but come any global event, all this mojo will dissipate. Pakistan and Sri Lanka hardly win anything big these days; New Zealand and consistency are antonyms. Zimbabwe, Kenya, Bangladesh and several others are not even there in the contention.

The biggest obstacle for the cricket world in their wish to keep Australia intact is the fact that there is a very little they can do themselves. It is entirely up to Australia how they want to address it. Their downfall may have begun when they started losing great cricketers across departments towards the end of the last decade, and since then, even though they have taken every possible measure to arrest the slide, they have not had the desired success.

Years ago, one of the sports broadcasters would telecast the Sheffield Shield games in India. The TV ads would have a voiceover saying (not verbatim, it is the gist): catch the action from one of the toughest cricketing battlefields which produces world-beating cricketers . The demotion of Sheffield Shield in favour of the cash-rich Big Bash League (BBL) has certainly has had its impact, but at the same time, cricket in Australia too has failed to attract the young and talented despite all its financial riches and success on the field.

Sheffield Shield, without any doubt, used to produce the best cricketers for every condition one can think of. The Gabba, Brisbane will challenge cricketers to prepare and succeed on pace and bouncy wicket. The WACA, Perth is always considered as the quickest pitch in the world. Melbourne and Sydney will have something for everyone, and if the spinners felt out-favoured, they have had Adelaide Oval to look forward to. Such balance in the quality of wickets within the limits of a country helped Australia remain at the top of the world for a very long time.

Australia, however they were in their glory days, showed the world what true domination meant. Sadly, no other team has picked up even one lesson from their rich book. Get to the field where Australian cricketers were practising before a contest and you would forget what you were supposed to do at the first place. The aura that the great teams of the recent past had was enough to win those mental battles way well ahead of the actual contests. A very few could actually break the norm and did what was to be done: compete. India under Sourav Ganguly in 2001-02 and England under Michael Vaughan for The Ashes 2005 did their jobs well.

The defeat at Hobart was as imminent as it was at Trent Bridge 2015 for Australia. If you do not get enough on the board batting first then the road to victory has just met its dead end. They did provide a glimmer of hope on the third day when David Warner, Steven Smith and Usman Khawaja batted well in the final session. However, losing 8 wickets for 32 runs is not just ruins, it is telling Australia that something is horrendously wrong, and they are doing nothing to address it.

Former cricketers can complain about Australian cricket system being broken. They can also highlight that once a force to reckon with, Australia does not produce good quality young batsmen who can be thrown into the arena without spending a lot of time in the Shield making themselves better. But the fact is, whatever Australia have been doing from the Don Argus review to sacking Mickey Arthur a fortnight before Ashes to resting their key players for big tournaments none of it is working.

These are desperate times, calling for some desperate measures. Expectedly, some heads may roll after the mortifying outcome of the South Africa series. But sackings will not make Australia better, finding and nurturing talent and determination to succeed will. As of now, Australia are in all sorts of shambles.

The world can meanwhile, laugh over their misery as long as they want to. But hope they do realise, no other cricketing country is powerful enough to replicate what Australia did. 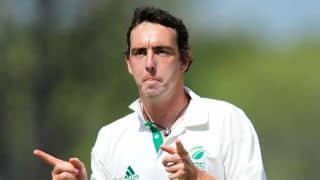