After four years, three months and 25 days,  Australia finally regained the Ashes at Perth on Tuesday. Four months after losing the series in England 3-0, Australians came back strong, regrouped themselves and under a strong and resolute support of Darren Lehmann, they finally regained the urn. However, there were players in the team whose presence was  questioned couple of months back. Sudatta Mukherjee looks back to see how far those cricketers have come.

Six years ago, when Australia won the Ashes at home, Michael Clarke, Shane Watson and Mitchell Johnson were a part of the winning side. While Clarke was 22 Tests old, Watson had played three, and Johnson was yet to make Test debut and he was the 12th man. Among the three only Clarke played in the series, which the Australians won 5-0.

A lot has changed since then. The likes of Glenn McGrath, Ricky Ponting, Shane Warne, Adam Gilchrist, Michael Hussey have retired. Australia lost three back-to-back Ashes on a trot. In the last one year, Australia under Clarke has had a bad outing. They lost against India in India, England in England and worst of all South Africa defeated Australia in their own backyard. Clarke was under intense media scrutiny and constant criticism from former players. Amid this were few Australian cricketers, whose behaviour and performances became a headache for the captain. A lot was said about how Clarke was handling these cricketers.

On Tuesday, when Australia defeated England in the third Test at Western Australia Cricket Association (WACA) Ground, some of these players were responsible for the side’s victory. They not only confirmed their places in the side but supported Clarke by shutting few critics’ mouth.

In the last one year, the swashbuckling David Warner has found himself surrounded by controversies. During Ashes 2013, Warner scored only one half-century and missed another by nine runs in the third  Test at Manchester. After Australia falling out in the ICC Champions Trophy 2013 and just before the start of the Ashes 2013, he was involved in an altercation with England’s Joe Root. He punched  Root and was resultantly grounded. So much so he was sent to South Africa to play in the Australia A team. He was although, forgiven later. He was also dropped from the One-Day International (ODI) squad touring India. Even before the start of the Ashes Down Under, Warner  faced disciplinary actions  for missing a club match.

But Warner has made a strong comeback , scoring two centuries and as many half-centuries so far in the ongoing Ashes. At Brisbane, he missed out on another half-century by one run. Warner has bounced back in a remarkable manner, answering the  critics rightly with the bat, making  sure that the opposition didn’t take him lightly because of his off-field behaviour.

When compared with his limited-overs career, Shane Watson has not lived up to the mark in Tests. Out of 49 Tests, he has scored only four centuries. Out of the four centuries two have come in Australia. Watson’s last ten innings scores stand — 103, 18, 0, 51, 6, 22, 26, 176, 2 and 68 — two centuries and two half-centuries. As CricketCountry correspondent Nishad Pai Vaidya pointed out, the two centuries came at a point when he needed to save  his place in the Test squad. A player of his caliber, it is sad to see the struggle in Tests. One of the experienced players in the team, it is expected of Watson to lead the young team, along with Clarke and Brad Haddin. However, just like Warner, he has had his share of controversies.

The ‘Homework gate’ episode was one of the first one. Australia was  being drubbed in India and when the management wanted the players to give a presentation of what was going wrong, senior cricketers like Watson didn’t act in accordance. He was expelled from a Test match.

Before the start of Ashes 2013, Watson found his name involved in controversy again, when Mickey Arthur revealed that things weren’t all so good between captain Clarke and Watson. But Watson made his intentions clear by notching a fluent 176 at The Oval, giving his side a good platform to fightback after the Ashes was lost. The century in Perth — a brisk 103 off just 108 balls — was much needed, not only for Watson (to save himself from getting axed), but also for Australia. It assured the side that Watson is still capable of becoming the opposition’s nightmare.

The 36-year-old Brad Haddin has faced more ordeals than anyone in the team probably. In 2011, he was left out of the Twenty20 squad and in September 2011, he retired from the format. He was soon axed from the ODI team in January 2012, due to a poor run in 2011.  Even though he remained the first choice wicketkeeper, Matthew Wade was included in place of Haddin in the ODI squad. In October 2012, he was dropped from the Test team. A poor run over the last two years and a personal battle surrounding his daughter, Haddin had many enemies to fight against.

Australia needed an experienced player, who could help Clarke in Ashes 2013, especially after their forgettable  tour of India. Ponting and Hussey had retired by then. The team management called Haddin back, and he proved them right by scoring a fighting 71 in the second innings of the first Ashes Test at Trent Bridge to take Australia close to win. However, his sole act couldn’t save Australia. But the positive thing was Haddin was back. In third Test, he scored an unbeaten 65. Australia lost the Ashes 2013 but it had a lot of positive things to speak about.

Back in their own arena, Haddin led from the front in the first Ashes 2013-14 Test, scoring 53 and 94 at Brisbane. He was also involved in 114 runs partnership with Mitchell Johnson in the first innings and 90 runs partnership with the latter in the second innings. The two partnerships were the second and third highest partnerships of the match. Haddin scored 118 in the second Ashes Test at Adelaide and 55 in the third. He has already scored 325 runs from three Tests at an average of 65. Australia will be quite happy with his performance.

When Sachin Tendulkar mentioned  that how Mitchell Johnson will be crucial in Australia’s Ashes journey against England at home, little did anyone wonder why only Johnson? The pacer had been out of form, he lacked fitness, had been in and out of the team for quite some time. Few thought Johnson’s Test career was  over after Ashes 2010-11.

Prior to  the Ashes 2013-14, he had played nine Ashes Test matches taking 40 wickets at an average of 40.12. In the last two years, Johnson had missed 20 Tests because various reasons. At one point, he thought his career was over and he was just waiting for some miracle to happen. Johnson  confessed later he thought of quitting before his foot injury occurred. He said, “The injury did come at the right time. I’d probably lost a bit of interest in playing the game. If I didn’t get the injury, if I kept going, I could have got dropped and that could have been it. That [retirement] could have been on the cards for sure.”

Johnson has played a vital role in Australia’s Ashes victory. If Australia won the first two Tests, it is largely because of his bowling, which the highly-famed England batting line-up failed to decipher.

The whole Australian team is to be applauded for this comeback. After all not one person could have scored 1,632 runs and bowled out a team six times in three Tests compared to England’s 1,409 and bowling out the whole team only twice in the three Tests. However, the way these players have came back to support Clarke, is quite commendable. 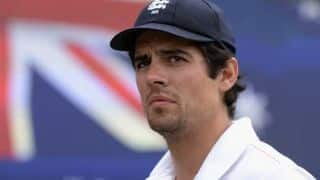 Ashes 2013-14: England’s arrogance pulled them down 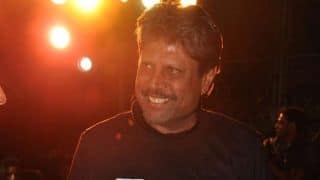