The BCCI women's cricket committee has taken the progressive step of allowing India's women cricketers to play in overseas T20 leagues like WBBL and WSL.

The women’s cricket committee of the Board of Control for Cricket in India (BCCI) has finally taken the progressive step of allowing India’s women cricketers to play in overseas Twenty20 (T20) leagues. Unlike the men’s version of the game — which has a dime a dozen T20 leagues such as Indian Premier League (IPL), Big Bash League (BBL), Caribbean Premier League (CPL), Natwest T20 Blast, Ram Slam T20, Pakistan Super League (PSL), and Bangladesh Premier League (BPL) among others — there are only two T20 leagues at present for women’s cricketers. The first is the Women’s Big Bash League (WBBL), which began only last season, and the second is England’s Women’s Super League (WSL), which will kick off this season. READ: Indian Women cricketers to play in WBBL, WSL

This is a move that makes a lot of sense. BCCI does not allow male Indian cricketers to play in foreign T20 leagues citing the possibility of fatigue —the possibility that that will take away from the novelty of IPL also hangs overhead — but given that Indian women do not play half as much as the men and that there is almost no chance of a women’s IPL happening any time soon, it makes perfect sense for Indian women to be allowed to play WBBL and WSL. READ: India Women knocked out of Women’s T20 World Cup 2016 following 3-run loss to West Indies

The current generation of Indian women cricketers have some talented names such as Mithali Raj, Jhulan Goswami, Harmanpreet Kaur, Smriti Mandhana, Veda Krishnamurthy, Shikha Pandey, Anuja Patil, and others. However, India have rarely managed to match up to international standards despite occasional flashes of brilliance. India managed to defeat Australia 2-1 in a T20I series in Australia but then failed to make the playoffs in the World T20 2016 at home. READ: Mithali Raj blames India’s failures in powerplays for defeat in Women’s T20 World Cup 2016

Playing in foreign conditions and against good opposition players will only help the Indian women to adapt better to high-pressure situations. The talent is undoubtedly present, but the ability to transform the latent potential into tangible results is lacking. We have already seen that increased exposure to international cricketers has helped young Indian talents blossom in IPL. The likes of Ravichandran Ashwin, Ravindra Jadeja, and Mohit Sharma among others made their way to the national side after impressing in IPL. Even Suresh Raina managed to revitalise his international career thanks to his excellent run in IPL.

VVS Laxman once said that the true class of a cricketer can be seen in the way they face up against players of international calibre. To that end watching players such as Sanju Samson or Karun Nair doing well against bowlers such as Dale Steyn or Brad Hogg speaks volumes of their class. Similarly, if Smriti or Harmanpreet or Anuja are able to take on bowlers like Ellyse Perry or Stefanie Taylor it will do their confidence a world of good.

Credit ought to go to the BCCI for making a positive call by allowing the women cricketers to play overseas T20 leagues. It will only benefit them, both from a monetary perspective as well as to expose them to unfamiliar conditions and top-class opposition. 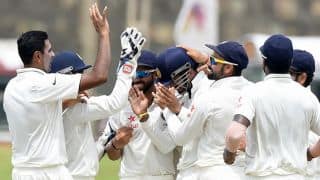