Until recently journalists had to ring up their 'sources' to get some news.

Transparency and Board of Control for Cricket in India (BCCI)  seldom go hand in hand. But these aren’t ordinary times. Until recently, the  BCCI in India used to issue a straightforward press release after an important meeting. Journalists had no chance whatsoever to interact with, or question, these seemingly high-handed officials. Left with no choice, they used to ring up their ‘sources’ to get the ‘real’ meat.

The spot-fixing and betting scandal caught the BCCI off guard. Not that it changed anything. The fourth estate was largely ignored and avoided. But of late, especially after the Supreme Court’s stern observations, the board has been trying doubly hard to improve its image. Is it because Brand IPL has taken a massive hit? Or is it because the TRPs have fallen? Whatever the case may be, the BCCI is doing all it can to reach out to the media.

On Saturday, the Indian Premier League (IPL) governing council met at the Cricket Centre. And to everyone’s surprise, there was a hastily-arranged press conference after the meeting.

Gavaskar spoke of the “hugely successful” United Arab Emirates (UAE) leg before reiterating that the BCCI wants a “controversy-free” IPL. “Human nature, being what it is, nobody can give any guarantees. We have put some measures in place and certainly the way the UAE leg went, it has given us some confidence. If it carries on the same way, we will have this India leg also free from any off-field controversies,” Gavaskar said. “I believe that the presence of the integrity officers is evidently a big plus. It is a big plus because earlier anybody could call in case there were any approachers [sic] but I don’t think people were confident about it.”

A little later, Raman informed how popular the league is. Ticket sales, viewership, social media following — he was armed with some serious data. Apparently, the governing council is keen on having such interactions every now and then. Meanwhile, the journalists are holding on to their sources. 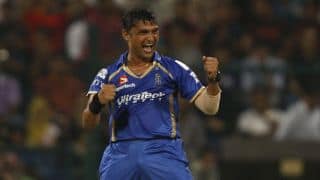