Perth 2008 is best remembered for the 19-year-old Ishant Sharma who bowled a crucial spell in the fourth innings to dismiss Ricky Ponting.

India recorded one of their most memorable Test wins overseas when they beat Australia by 72 runs on the fourth day of the third Test, in Perth in 2008, thus snapping Australia s record 16-match winning streak.

ALSO READ: Best of India in Australia – Kapil Dev swings India to a series draw at the MCG

Played in the backdrop of the Monkeygate scandal and the controversial Sydney Test, Anil Kumble s India stunned Australia on what was called the fastest surface on Earth.

Irfan Pathan walked away with the Man-of-the-Match award for his all-round heroics while Rahul Dravid (93) and Sachin Tendulkar (71) scored crucial half-centuries in the first innings. RP Singh claimed four wickets in Australia s first innings, while VVS Laxman shone through with a fighting 79, helping India add 114 runs for the last four wickets in the second innings.

But, Perth 2008 is best remembered for a 19-year-old Indian fast bowler who bowled a crucial spell in the fourth innings to dismiss a determined Australian skipper Ricky Ponting.

“I will always reckon that if I could have got through just one more over in our second innings, then we might still have won,” Ponting later wrote in his ‘Captain’s Diary 2008’.

“Tall, lean, ultra-impressive Ishant Sharma, playing just his fourth Test and still eight-and-a-half months short of his 20th birthday, had bowled an awesome spell to me: seven overs when he was fast, aggressive and relentless, where I never felt as if I was truly ‘in’,” he said.

Australia were going steady at 117 for two with Ponting at 46, chasing 413 to win. Kumble was mulling a change in bowling when Virender Sehwag walked up to him and convinced him to give the young Ishant another over as he had made Ponting look all at sea. Kumble asked, Ishant Ek aur karega? (Will you bowl another over?) The reply was an enthusiastic, Haan main karunga. ( Yes I will ) .

Ishant ran in to bowl the first ball of the over and got Ponting to edge it to first slip for a comfortable catch. Ishant ran around the WACA celebrating his success after a long battle with Ponting. That spell at Perth got him into the limelight and the shy boy from Delhi was hailed as India s next pace sensation.

His seven-over spell at Perth to Ponting is the stuff of legend. If ever a single spell shattered a batsman s confidence entirely, that was it.

It was a difficult ask for India to recover after the blow at SCG, but they turned things around at WACA to pull off an astounding turnaround. Ishant played a crucial role in the first innings by getting Ponting and Michael Clarke, beating both with pace, bounce and movement. The real spell, however, came in the second innings, where he snared Ponting after tormenting him for a spell of hostile fast bowling. 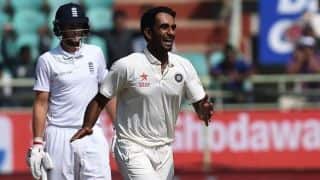 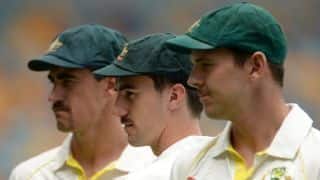