It will be a rematch of the Indian Premier League (IPL) 2012  final as Kolkata Knight Riders (KKR) look for their maiden Champions League T20 (CLT20) title against Chennai Super Kings (CSK) in the CLT20 2014 final on Saturday. Abhijit Banare presents a few records from the past five finals.

In an all-IPL final, KKR, unbeaten in their last 14 matches, take on the most successful T20 side in the world — CSK. While CSK have a cushion of playing on familiar pitches as they did in the league stage, KKR have a big worry with Sunil Narine barred from bowling. Read the preview of the match here.

Win Toss and… In the five finals of CLT20, the team winning the toss has elected to field on three occasions. It has been a habit for captains in T20s to focus on chasing. But team batting first have won three of the five finals. It does indicate that maybe the ‘win toss, chase’ may not be ideal option in a high pressure match.

Below are the toss results of the five finals.

Below are the results of the five CLT20 finals played so far:

Totals: The highest total in a CLT20 final was by Mumbai Indians in 2013 against Rajasthan Royals where the entire batting line-up clicked to pile on 202. The next best is 159 by New South Wales (NSW) in the first edition of the tournament. Both lowest scores are from the teams chasing. Royal Challengers Bangalore managed only 108 in response to Mumbai’s 202 whereas Trinidad posted 118 in response to 159 by NSW.

1. If KKR win, this would be the third time that an IPL franchise has won the IPL and CLT20 in the same year. Mumbai Indians in 2013 and Chennai Super Kings in 2010 have achieved it before.

2. This is the second instance of teams playing the opening match of the CLT20 league stage also playing the final match. This happened in the previous season with Mumbai Indians and Rajasthan Royals.

3. If CSK win, they will be the second team after Mumbai Indians to lift the trophy twice.

Best batting: Michael Lumb and Brad Haddin were unbeaten as they cruised to victory against the Lions in 2012. Sanju Samson and Ajinkya Rahane put up an excellent show in a chase of 203 against Mumbai Indians in 2013. Below are the best batting shows in a CLT20 final.

Best bowling: Going by the records, it seems having Harbhajan Singh in the team is the safest bet for a CLT20 final. Harbhajan has won the Man of the Match awards in both the finals Mumbai Indians played. Below are the best bowling figures in a CLT20 final.

The Man of the Match and Man of the Series in all five previous CLT20 finals have been from the winning side of the final.

(Abhijit Banare is a reporter at CricketCountry. He is an avid quizzer and loves to analyse and dig out interesting facts which allows him to learn something new every day. Apart from cricket he also likes to keep a sharp eye on Indian politics, and can be followed on Twitter at @AbhijitVirgo) 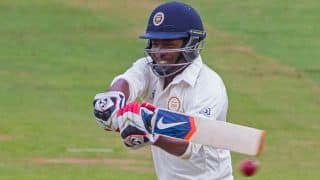 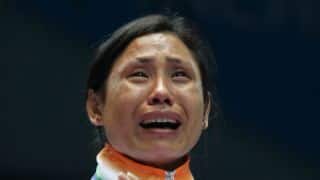