After a successful IPL, will Dhawan be able to dominate another ICC event in his favourite country?

Think of Shikhar Dhawan when it comes to ODI cricket, and chances are one of the first images to come to mind will be of the left-hand India opening batsman scoring runs in ICC events..

Just two weeks before the start of the ICC Cricket World Cup 2019, Dhawan looms large as a potentially strong force for India not just for his achievements at ICC events but also because of his success in England.

Coming off a successful IPL 2019 campaign for Delhi Daredevils, in which he finished as the league’s fourth-highest run-getter with 521, will Dhawan be able to dominate another ICC event in his favourite country for batting?

(READ: Shikhar Dhawan not sweating over format switch ahead of World Cup)

Called back to India’s ODI squad after nearly two years for the 2013 Champions Trophy, Dhawan marked his comeback match by scoring 114 off 94 balls against South Africa at Cardiff.

Displaying excellent hand-eye coordination and timing – he rarely hit the ball in the air – Dhawan attacked South Africa’s pace bowlers in a dazzling innings. He sped to his half-century in 44 balls and reached his first ODI century in 80 balls, a terrific innings that set up India’s 23-run win.

(READ: MS Dhoni gives me the freedom to do my thing – Virat Kohli)

Dhawan’s second century in the next match at The Oval, where India beat West Indies by eight wickets with 65 deliveries remaining. His unbeaten 102 off 107 balls was another eye-catching effort highlighted by crisp driving and fierce horizontal-bat shots.

Dhawan followed this up with scores of 48, 68 and 31 to be named Player of the Tournament in India’s title run under MS Dhoni.

At the 2015 World Cup, Dhawan got India’s campaign off to a strong start at the MCG where he made 137 off 146 balls against South Africa. That hundred helped the defending champions post 307/7, which South Africa fell short of by 130 runs – their worst World Cup defeat ever.

What will 2019 hold for Dhawan in England at the World Cup? 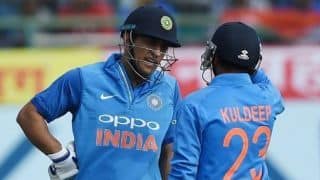 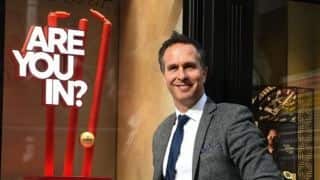