Cricketing coincidences, 3 of 4: They keep coming back

Cricketing coincidences, 3 of 4: They keep coming back

In the third part of the 4-part serial of cricketing coincidences we have a look at instances where individuals replicated starling incidents playing for their club or national side.

In the previous two instalments, we have studied coincidences in cricket, where seemingly low-probability occurrences took place based on margins and scores. Let us now venture into individual details.

First-Class cricket, with its enormous volume of matches played, is replete with startling incidents of cricketing coincidences.

10-fors on the same date

With the passage of time, and playing for Middlesex against Lancashire this time, he took all 10 wickets again on the same day, July 22, 6 years later, in 1865. Too much of a good thing, perhaps, but Walker was not complaining.

Taking a five-wicket haul in one’s debut First-Class match is surely a very satisfying experience for any young bowler. When two different players do this for the same team in the same innings of the same match, and have identical bowling figures, the situation reaches the realms of the surreal. Both Tom Ross and Bill Harrington made their debuts for Ireland in their match against London County at Crystal Palace in May 1902. In the London County first innings total of 92, both had identical figures 5 for 26.

Australian tours of England in the 1930s have been known to produce some strange incidents. In their tour match against Warwickshire at Edgbaston in August 1934, the hosts, Warwickshire, had been all out for 179 in the first innings, with a highest individual score (by Reg Santall) of 61. In the same match of the 1938 tour and at the same venue, Warwickshire had ended their first innings again on 179, the highest individual score (by Jimmy Ord) also being 61.

Wally Hammond had an interesting “39-connection” during the 1936-37 Ashes tour. He took 5 for 39 against New South Wales at SCG in November 1936. The last of these wickets turned out to be his 39th in Australia. When England batted, Hammond scored 39 in the first innings, in the 39th completed innings he had batted in, in Australia.

Taking a hat-trick in a First-Class innings is a very rewarding experience for any bowler and Ralph Lindsay reached this heady height in the annual match between Oudtshoorn Defence and Port Elizabeth Defence in South Africa in 1957, dismissing Messrs Voges, Jones and Le Grange with successive balls. Six years later, in the same fixture, Lindsay did it again removing the same three batsmen, in the same order.

No double for Gallian

Geeves is not obliged

When a batsman scores 99 not out and that becomes his highest career score, it is unfortunate enough. But to achieve this same score of 99 not out twice in the same season and being left high and dry because the very same partner was dismissed on both occasions, makes the misfortune really heart-rending. Brett Geeves of Tasmania suffered the double blow in 2008-09, first against Victoria and then against New South Wales, the dismissed batting partner on each occasion being the last man, Tim MacDonald.

While scoring a century in a First-Class match is commendable, the feat appeared to be somewhat infectious when, in a Ranji Trophy quarter-final match at Bangalore in January 2014, three different players from Karnataka Robin Uthappa, Karun Nair and wicketkeeper CM Gautam, each scored exactly 100 runs against Uttar Pradesh unique event in the annals of First-Class cricket (it may be mentioned here that the innings also contained 5 individual ducks-an unprecedented combination).

When England played a home Test series against South Africa in 1924, they won both the 1st Test at Edgbaston and the 2nd Test at Lord’s by identical margins of an innings and 18 runs. To carry the coincidence even further, the highest scorer for South Africa on both occasions was Bob Caterall with 120.

Instances of a pair of twins playing in the same match, though rare, are not unusual. The situation was taken to a delightful extreme in a County Championship match played in June 1914, when both the teams opened their respective innings with a pair of twins, the only innings of Northamptonshire by Jack and Billy Denton and both innings of Somerset by Dudley and Sydney Rippon.

Big brother is watching you

Heredity does have a definite impact on life but surely the following is an example of its influence being carried too far on a cricket field. Tony Greig began his Test career in the Ashes series of 1972, representing England in the 1st Test at Old Trafford in 1972. He had figures of 4 for 53 in the Australian second innings. His younger brother Ian made his Test debut against Pakistan 10 years later in the 1st Test at Edgbaston in 1982, kicking off his career with the identical figures of 4 for 53 in the Pakistan first innings.

How do these happen? 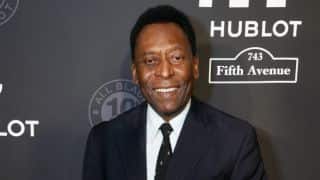 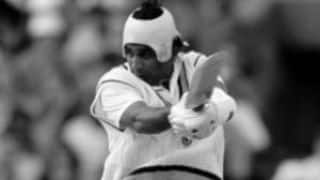 Growing up with Sunil Gavaskar: Man, Milestone and Myth