Both Ajinkya Rahane and Zaheer Khan are class apart and will undoubtedly display a stellar battle.

Delhi Daredevils (DD) will locks horns with Rising Pune Supergiants (RPS) in Match 33 of Indian Premier League (IPL) 2016 at Delhi’s Feroz Shah Kotla. With roughly half of the T20 domestic spectacle done with, there have been a number of dramatic shows that kept the audience on the edge of their seat. Be it Chris Morris’ blistering 32-ball 82, Amit Mishra’s spectacular 4 for 11 or Ajinkya Rahane’s brilliance in finding gaps, this edition has produced many entertaining performances. RPS and DD will combat each other for the first time ever, and there is bound to be a number of fiery fights on display. Here are some of the key battles that will be on display in the match. Full Cricket Scorecard: Delhi Daredevils vs Rising Pune Supergiants, IPL 2016, Match 33 at Delhi

Ajinkya Rahane vs Zaheer Khan: These Mumbai lads have faced each other many a time in the nets. They have played domestic cricket together over the years and are well aware of each other’s strengths and weaknesses. Both classy exponents of their crafts and will undoubtedly display a stellar battle. Rahane has been in peak form, as has already accumulated 4 half-centuries. Zaheer, on the other hand, has bagged 7 wickets and has been brilliant in keeping a lid on the runs. Whether Zaheer can get the better of Rahane or whether the opener will keep him at bay is a question only time can answer.

Quinton de Kock vs Ashok Dinda: De Kock has usually succeeded in providing DD impetus in the batting Powerplay. Be it batting first or chasing mammoth targets, he has sensibly applied himself and taken his team over the line. He will be pitted against RPS’ in-form bowler Dinda. In a matter of just 3 matches, Dinda managed to scalp 6 wickets and earn a Player of the Match award for his match-winning three-for against Sunrisers Hyderabad (SRH). IPL 2016: Rising Pune Supergiants announce George Bailey as replacement for Faf du Plessis

The Delhi pitch has a reputation of producing high-scoring games. Though it will be an easy task for de Kock to go all guns blazing on this belter of a track, Dinda will leave no stone unturned to dismiss de Kock with his unusual, high-jump action and fierce in-swingers.

MS Dhoni vs Amit Mishra: The RPS captain has not come into his own yet. With a highest score of only 30, Dhoni has not fired on all cylinders and played a match-winning knock so far. However, he likes shimming down the track and bludgeoning the spinners down town. Given this, he’s sure to face Mishra in the middle overs. Mishra is known for knocking over the best of hitters with his wily wrong ‘uns. Thus, this battle will be crucial for both the teams, as whoever gets the better of the other will put his team in a commanding position. IPL 2016: Revised schedule with new venues

Chris Morris vs Rajat Bhatia: Bhatia has been deceiving the batsmen with his excellent change of pace in this season of IPL. He has impressed Dhoni a lot with his superior bowling skills. If there is someone who can send a rampaging Morris back to the dug out, it is Bhatia. However, if Bhatia becomes too predictable and does not get his line right, he will be taken to the cleaners by Morris. Given Dhoni has the knack of introducing smart bowlers to tackle power-hitters, these two are sure battle each other in today’s encounter. 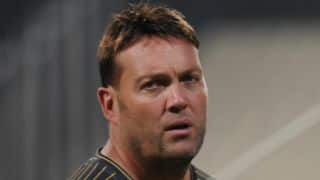 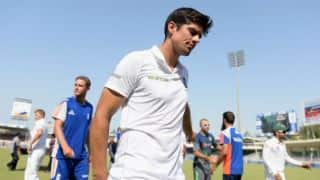