On November 30, 1928, Don Bradman took the field for Australia in a Test match for the first time.

November 30, 1928. Don Bradman took the field for Australia in a Test match for the first time. However, the result was not too happy for the legend or the Australians. In this series, Arunabha Sengupta lists several firsts of Bradman’s career.

It was not an uneasy evening for the 20-year-old.

His last two First-Class matches had seen him pile up 131, 133 not out, 87 and 132 not out; the second game played for his state against the visiting MCC side. In the ongoing match against the same MCC, this time for an Australian XI, he had battled against difficult bowling in demanding conditions and hit 58 not out as the rest of the batting fell away around him. Now, as he waited restlessly that evening, he knew he had to bat the following day. In the second innings, he had just gone into bat when the stumps were drawn. He had not opened his account yet. ALSO READ: Don Bradman Firsts Part 1: Don Bradman plays for the Shield side for the first time — in his civilian shoes

Yet, for all the 541 runs for twice out, his heart was not at ease. That evening Warren Bardsley, Dr CE Doling, JS Hutcheon and EE Bean, representatives from the four major state cricket boards, were supposed to pick the squad for the first Test match at the Exhibition Ground, Brisbane. Even with an average of 140 in the season so far, Don Bradman was not sure that he would be making his Test debut. ALSO READ: Don Bradman Firsts Part 2: Don Bradman’s First-Class debut

After all, he had played only 9 First-Class matches in his career. The Australian selectors were not enamoured by the concept of youth. For them, Test cricket was more of an old man’s game, or had become one in the first quarter of the new century. Charles Kelleway, one of the seasoned men who was to play in the Test, had been around in First-Class cricket since before Bradman’s birth. ALSO READ: Don Bradman Firsts Part 3: Don Bradman run up to the first Test

So, the young master waited restlessly in his Sydney lodgings, waiting for the announcement. The wireless was on, airing desultory programmes, refusing to broadcast the names. The upcoming genius did not know that Bardsley and the rest had already deliberated for over three hours, and the meeting was going on well into the night.

The prospect of facing Maurice Tate, Harold Larwood and Jack White the next day on a wearying track was not an inviting one. Bradman, after the tension-filled sojourn in front of the wireless, informed his landlady that he was retiring to bed. He would read about the team in the papers of the morrow. ALSO READ: Don Bradman: 15 lesser-known facts about the 99.94 dude

However, as he tucked himself in, he could hear the sound floating in from the wireless in the adjoining bedroom. After ten minutes, before he had succeeded in drifting off, The Don heard the announcement. The names were called out in alphabetical order. Bradman was the first, followed by Jack Gregory, Clarrie Grimmett, Stork Hendry and the others.

The wait had ended, and he was in. But would he play in the Test match? The prevailing opinion was that either he or Hendry would perform the role of the 12th man. Yet, eventually it turned out that both played and Ron Oxenham was the one left out.

It was the first ever Test to be played at Brisbane. The English teams had, however, played plenty of First-Class matches there, ever since 1882-83, and had never been beaten. Besides, Percy Chapman’s side was widely acknowledged to be the best ever to visit the country till then. Historical and contemporary signs were against the hosts.

It turned out to be an unhappy match for Bradman. For most of the first two days, he retrieved balls from the outfield as Jack Hobbs and Herbert Sutcliffe set the tone with an 85-run partnership before Patsy Hendren took over the show, slamming 169. Even Larwood enjoyed himself, scoring 70 entertaining runs.

The total of 521 loomed ominously on the Australians as they went in to bat towards the end of the second day. Soon, Larwood and Tate were skittling them out. The batsmen were knocked over one after the other. Skipper Jack Ryder held Bradman back as the day ended with the hosts on 44 for 4.

The following morning, Larwood trapped Hendry leg-before to make it 71 for 5, and with that precarious scorecard in the background, Don Bradman walked in to bat for the first time in a Test.

He started well enough. There was plenty of confidence in the strokes that flowed. The boundary was found quickly, and then again. He hit four fours in all, three of them to leg-side, three off Wally Hammond.

But, the canny Tate was watching. A delivery on the leg-stump was pushed to the on side for runs. The next one followed the same arc, looked identical. Bradman pushed in a similar manner. The great big hand of Tate had cleverly concealed the slower ball. The bat did not connect. The thud was ominous and the finger went up. After 33 minutes at the crease Bradman walked back for 18, one of the eight leg-before dismissals in the match. It turned out to be the third-highest score in the innings, after Hendry and Ryder, but Bradman knew he had not delivered.

Larwood took 6 and Tate 3, and Australia folded for 122. And then took place a significant event that would affect Bradman much more than the runs he scored and the balls he faced in the match.

The lead of 399 notwithstanding, Chapman batted again. Gregory had busted his knee and Kelleway was ill. Hence, Grimmett and Bradman’s fellow debutant Bert Ironmonger had to do bulk of the bowling. England made merry for about six hours, scoring another 342. Australia were set a mammoth 742 to win, the highest target at that time.

If Bradman soon developed into a ruthless opponent of England who would pile on runs mercilessly, refusing to concede an inch, there is reason to believe that the English tactics during that debut Test had a lot to do with it.

And then came the rain. Bradman had never even seen such a sticky before this, let alone batting on one. He lasted four minutes before White sent in his slower ball, and the catch was spooned to Chapman lurking in the off side.

As he walked back for a solitary run, Tate playfully accused White of poaching his ‘rabbit’. Unfortunately for Tate and England, the young lad overheard the remark. It was probably the second significant event of the match that moulded his career. Both the bowler and the old foe would pay for it dearly for two decades.

Australia were bowled out for 66 on that mud cake. England won by 675 runs, the heaviest defeat they had inflicted on their Ashes rivals. Bradman never quite forgot the humiliation handed out at the Exhibition Ground, Brisbane.

Nine days later the sides clashed at the SCG in the second Test. A quarter of an hour before the start of the match, captain Ryder informed young Bradman that he would be the 12th man. Don Bradman had been dropped.

That was the only occasion in any form of cricket that Bradman would play that unenviable role of carrying drinks. He had to work hard as well. With Bill Ponsford breaking his little finger, he had to field all through the England innings.

Back for the third Test at the MCG, Bradman hammered 79 and 112. No one ever questioned his place in the side again. 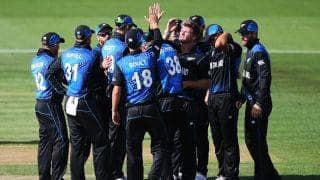