When the end came, it was typical of the man. No farewell match. 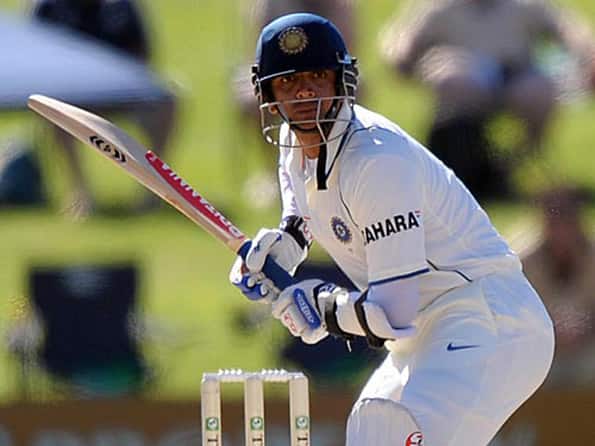 Rahul Dravid faced the most number of deliveries in Test cricket, 31,258 of them to be precise. Even more than Sachin Tendulkar who has played 24 more matches and nearly seven more years of Test cricket. Dravid is also the only batsman in the world to have seen more than 700 wickets fall at the other end. No one else has touched 650 yet! Dravid’s career is a slap in the face of those who say that nice guys finish last © AFP

Sometimes, just knowing that something is inevitable is scant consolation, or preparation, for when the event actually happens. Batsmen knew that Glenn McGrath and Curtly Ambrose would pepper the same length over and over again while bowling to them. They know Dale Steyn is going to bowl vicious out-swingers at them at 150 kmph. But the knowledge doesn’t make it any easier for batsmen to face them. For cricket fans, March 9, 2012 was one such day. They all knew it was coming. They all knew that at 39, Rahul Dravid was closer to the end than most. But when the end came, the knowledge did not make the moment any less emotional.

When the end came, it was typical of the man. No farewell match. No grandstand finish. An almost business-like announcement, delivered with the sort of calm demeanour that has marked his on-field career. Perhaps the only false stroke of the day from the second-highest run-scorer in Test cricket was his remarkably modest assertion that at 23, he was nowhere near as good as the younger generation of Indian batsmen. Perhaps he has seen something in them that we haven’t yet!

There are many images of Dravid that will remain etched in so many people’s memories for years to come. The MCC-approved cover-drive. The typically Indian flick through mid-wicket. The rock-solid forward defensive. The assured leave. The ducking, the weaving, the getting up on toes to keep a rising delivery down. The unusually aggressive celebration at Kolkata. The roar when Adelaide was conquered. The lone hands in England last year. For me, it will be the images of him lifting his helmet ever so slightly on a hot day, and letting a river of sweat cascade down from his brow onto the earth. More than any stroke that came off his bat, more than any statistics, it was that image that was the very essence of the man. It was a sort of reminder to everyone watching that talent is a gift the Gods bestow on the chosen few, but even fewer are gifted with what it takes to fully utilise those talents for the greater good of a team – work ethic, patience and above all, the willingness to put the team ahead of self.

The last mentioned was a quality that Dravid possessed oodles of, almost to a fault. Anil Kumble mentioned at the press conference that retirement will test his ability to say no. If his career is anything to go by, it is an ability he would have to learn from a scratch.

“The side has no balance as we can’t find an all-rounder. Will you keep wickets, Rahul?”

“The young turks can’t handle pace and bounce. Will you come back into the one-day side, Rahul?”

“Thank you, you did well. We’re playing on flat tracks again, so will you sit out again, Rahul?”

“Gambhir hit his head while fielding and no one else will open. Will you do it, Rahul?”

If you followed Dravid’s career, you know what his answer to all those questions was. And his response too. The term ‘Go-to man’ has never had a better illustration.

Dravid finished second on the highest run-scorers list in Test cricket. Criticised as not being cut out for limited-overs cricket at the beginning of his career, his eventual one-day record marks him as a one-day giant too. However, there are two little-known statistics that will probably never be considered as glamorous, but something that he will be proud of. Dravid faced the most number of deliveries in Test cricket, 31,258 of them to be precise. More even that Sachin Tendulkar who has played 24 more matches and nearly seven more years of Test cricket. He is also the only batsman in the world to have seen more than 700 wickets fall at the other end. No one else has touched 650 yet! Dravid’s career is a slap in the face of those who say that nice guys finish last.

Greatness is often more celebrated by generations after the ones that actually witnessed it first hand. The enormity of Dravid’s departure will probably not be realised until six months from now, when the Indian team next plays a Test series. Or even until the very end of 2013, when they next play a series outside the subcontinent. Next time Gautam Gambhir or Virender Sehwag is out cheaply against a rampant fast bowler on a green track, it will be an unfamiliar figure walking out to the middle at No. 3, attempting to fill shoes a few sizes too big for him. It is often said that Dravid was an unsung hero, or at least not as celebrated as India’s other batting greats, but perhaps that will be a moment when the nation finally gives him his due.

Dravid made no comments about what he plans to do with all the free time he will suddenly find himself with. I hope he learns to be more relaxed that he was on the cricket field. I hope he lets his hair down with friends and family. I hope he goes to drop little sons Samit and Anvay off to school and pick them up, and watch them grown into cultured young men like himself. I hope he does everything that cricket’s grind made him miss these past 16 years. And if and when he has done enough of those things and decides that he is ready to be involved with the game again, I hope the BCCI is ready with an offer of a batting coach. For Virat Kohli still needs to be taught that dignity and poise will be his friends at times when his misplaced sense of aggression would not be. For Suresh Raina still needs to be taught how to deal with the ball aimed at his throat. For Rohit Sharma still needs to be taught that every ball does not need to go to the boundary. For Cheteshwar Pujara, Ajinkya Rahane and Manoj Tiwary will need an arm around the shoulder along with a gentle ‘hang in there’ once in a while. Dravid’s role as a batsman is now over (the upcoming Indian Premier League notwithstanding), but I hope the statesman in him never really walks away from the game.

Until you come back to the game, Rahul Dravid, farewell. Thank you for the memories. As for Indian fans, I hope you all remember this feeling. You are likely to feel like this twice more in the near future. 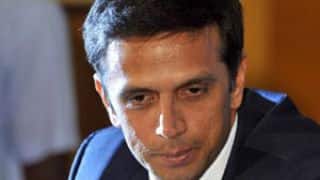