In Alex Hales and Jason Roy, England have found a dependable and aggressive opening pair in the One-Day International format with Alastair Cook manhandling the Test duties at the top of the order.

The ongoing England vs Sri Lanka One-Day International (ODI) series 2016 has all been about the batsmen. In all 1,960 runs have been scored by both sides in a series, which has seen everything — a tied match, a truncated ODI and a rain abandoned game — amongst which 867 runs have been contributed by English batsmen. While Sri Lanka’s main stay in their batting department has been stalwarts like Dinesh Chandimal and Angelo Mathews, England have seen the emergence of their new-brand cricketers in Alex Hales and Jason Roy. England’s top batsmen Joe Root and Eoin Morgan failed pathetically in the series, which only added more spot-light on Hales and Roy. FULL CRICKET SCORECARD: England vs Sri Lanka 2016, 4th ODI match at The Oval

Both Hales and Roy came into their own in the 2nd ODI of the five-match series where they single-handedly won England the match. The pair added 256 runs for the opening stand with Hales making 133 in support of Roy who made 112 runs. What is interesting that both players struck at an impressive strike-rate of above 115, which is quite a rarity for English cricketers. Roy in the 4th match of the series played a blistering knock of 162 in just 118 balls at an remarkable strike-rate of 137.28. Roy played smart cricket getting singles and going over the boundary line without any fuss. Roy for England have been in red-hot form since the ICC World Twenty20 (T20) in India where he accumulated 183 runs in 6 matches. The most impressive part about Roy has been his ability to score runs at a brisk pace.

Hales on the other hand has been England’s most prolific batsmen in the ODI’s since start of this year. Hales in the series against South Africa in January was the top-scorer having stoke-piled 383 runs in just 5 matches. Hales in the series had an astonishing strike-rate of 89.48 Hales was disappointing in the WT20 but has redeemed himself as the No.1 opener in the team (in ODIs). In this series Hales is already above all other batsmen in terms of number of runs (137 runs). If we take notice of the number of pairs England have tried in a span of two years from 2014 to date Hales and Roy are the best .

As the table suggests England have tried as many as 110 opening pair in the ODI format since the start of January 2014. Apart from Hales and Roy only Ian Bell-Alastair Cook and Moeen Ali-Hales have opened 10 or above times. Ali was persisted for long as the tables suggest but he was slowly and steady losing the confidence of management before being demoted to No.7 and 8. What is most visible about Hales and Roy’s run-rate is their run-rate of 6.16, which is a must in today’s time.

A total of six openers have been tried and tested alongside Cook but not one player has managed to cement his place in the team. From January 2014 till now England have had only three pairs which have lasted in more than 10 or above matches. Cook-Sam Robson, Cook-Adam Lyth and Cook-Hales have managed to scored 300+ runs as a pair. Only these 3 pairs have played batted over 100 overs together.

In Cook, England have workhorse like player who will grind it out in the middle and absorb life out the opponents to give their team a chance to score big. What’s lacking is another collaborator who will help Cook and England labour out off tough standoffs on international level. From the list only Hales has the best chance to continue in Test given the fact that he keeps-up with his form. 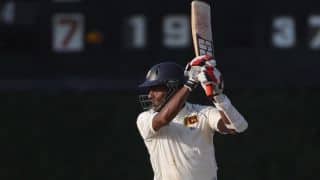 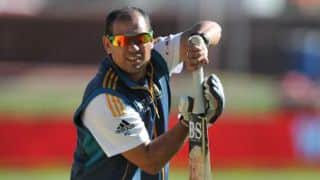