Chris Woakes and Stuart Broad ran riot as England beat Ireland by 143 runs to win the one-off Test at the Lord s Cricket Ground in London on Friday.

The Joe Root-led side won the match with two days to spare as Ireland, who needed 182 runs to register their maiden Test win, were bowled out for a paltry score of 38 the seventh lowest ever team total in Test cricket – on the third Day of the Test.

England, who were dismissed for 85 in the first innings, restricted Ireland to 207. Then, the home team secured a 181-run lead in the second innings, scoring 303 on the back of Jack Leach and Jason Roy’s fifties and a quickfire 37 from Sam Curran.

This has been the sixth occasion, amongst the seven lowest team totals, when England have managed to dismiss an opposition to a below-40 total in a Test innings. Ireland’s 38 also became the lowest score in Test cricket since New Zealand’s 26 in 1955 at Auckland.

William Porterfield, Ireland skipper, said that had his team scored 50 to 70 runs more, the result of the game could have been different.

“If we had managed to get 50 or 70 more in the first innings, that turns it into a different chase today,” said Porterfield. 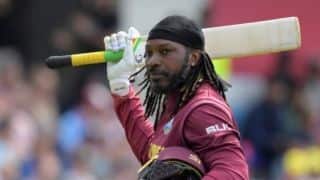