There have been two instances when the whole team got Man of the Match award in an ODI.

Luke Ronchi scored an unbeaten 170 off 99 balls sharing a record sixth-wicket partnership of 267 with Grant Elliott who scored an unbeaten 104 off 96 balls. New Zealand managed to reach 360 in 50 overs after struggling at 93 for five at the end of 20 overs. Sri Lanka could manage only 252 with help of Tillakaratne Dilshan’s 116 and were bowled out in the 44th over. New Zealand won the match by 108 runs.

At the presentation ceremony, both batsmen — Ronchi and Elliott — were named Man (Men?) of the Match. It is not a common occurrence, especially when both men were the same team. So, when was the last time that two players from the same team shared an ODI Man of the Match award? How many times this has happened?

Overall, it was the 12th such occurrence, and for the first time in seven years. It is indeed a rarity in the new millennium. The last two men to share an award were also from New Zealand — Brendon McCullum and Jamie How against South Africa at Port Elizabeth on November 30, 2007. The first such occasion was also for New Zealand — Richard Hadlee and Martin Crowe against Australia at Dunedin in 1986. The table below contains all details.

There have been two instances when the whole team got Man of the Match award in an ODI. Once again New Zealand were the first to do it (against West Indies at Bourda on April 3, 1996) after they won by four wickets, followed by Pakistan against England at Trent Bridge on September 1, 1996 — a match they won by two wickets.

Barring the above, there have been 13 occasions when two players from opposing sides have shared the Man of the Match award. The last occasion was in the tied ODI between West Indies and Pakistan at Gros Islet on July 19, 2013, the players being Misbah-ul-Haq and Lendl Simmons.

Most occasions have come in the 1990s, while the last two occasions were both from tied ODIs. Of late, though there are equally good performances, the one from winning team receives the award most of the times. 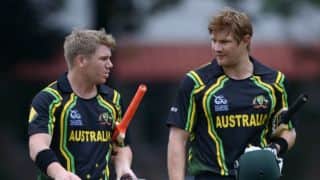 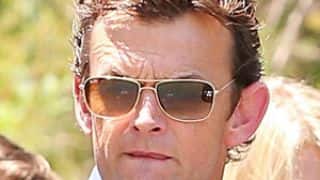