Imagine that you have a team full of champions: players who have not only elevated your team to the pinnacle in Test cricket, but also won the World Cup, as recently as in the last year. Imagine you are the captain of that team which has just been toppled from the top spot in world rankings after being welted in just one series. You will agree that your mind will be befuddled looking for explanations that will make a little sense to the outside world, and it certainly adds more complexity to your captaincy role. Will you shut your mind to the outside world and turn a blind eye to the defeat, letting time heal the wounds? Will you wait for the agony to subside, head back home with hopes of a few big victories in familiar and favourable conditions to make it up? Or will you do what Steven Smith did after Australia’s annihilation? Irrespective of what you decide, it certainly appears tough as well as exciting being Steven Smith. ALSO READ: Australia play to remain on top while others play for win, but can they ploy different approach?

Leadership is complex. Some force it on themselves; others go as per the flow. Is leadership any different from captaincy? Indeed it is. Andrew Strauss was a leader, Alastair Cook is a captain. Michael Clarke vanished into the sunset desperately trying to be a leader, but the cruelty of the sport restricted him into being an excellent captain. Leadership is different from captaincy.

What is Steven Smith? Is he a leader or is he a captain? All the young and even the old, who have been bestowed such roles in cricket, have aspired to ‘lead by example’. They have vowed to ‘lead from front’. It is a fascination. It is a ‘cool’ thing. But how many of them actually walk the talk?

Steven Smith’s Australia have lost the Warne-Muralitharan Trophy 2016 in the most embarrassing of ways. Still, Steven Smith finished as Australia’s highest run-getter in Sri Lanka with 247 runs in 3 Tests at 41.16 with a century and a half-century. These were no ordinary numbers, given that he was part of a batting line-up that kept getting ravaged every time it came out to bat.

Getting runs is Steven Smith’s job. He might have started as a leg-spinner but is currently one of the best in the business. He is extremely meticulous, hard-working, and most importantly, has respect for what he has achieved. When Steven Smith had arrived, little did he and Steve Waugh — the man who had hailed the current Australian captain as the best they had unearthed since Shane Warne — know that he will rule the roost as a batsman. Captaining Australia, of all teams, was not even a dream.

Steven Smith’s team may have floundered in Sri Lanka; his batsmen may have not done his job any favour; but nothing takes away the fact that he is still the world’s best Test batsman. Steven Smith.

But batting is just one facet of Steven Smith’s cricket. At 27, he is expected to take Australia back to the heights they reckon they belong. Unbeatable, ruthless, playing ‘good, hard cricket’ and at the same time unreachable for those who occupy spots below them. Australian pride must remain sacrosanct. It cannot be damaged, it cannot be spoiled. There cannot be a repeat of what happened in Sri Lanka.

So what does Steven Smith do? Does he rely on Cricket Australia’s ‘masterstroke’ of carrying Asian soil to their backyard and preparing wickets that assist turn? Should he expect the ‘hybrid wicket’ at National Cricket Centre in Brisbane to produce batsmen who can thrive on alien subcontinent wickets? Or should he talk to the very man who pulverised his team?

Yes. Talking to Rangana Herath. That is the solution ‘workman’ Steven Smith comes up with. Picking the very brains that rattled Australian batsmen. And Steven Smith does not shy away from walking into the rival dressing room, spot the very destroyer, and make him talk.

It must be acknowledged that Steven Smith succeeds some of the toughest men who captained Australia. Had his fragile back not hounded him as much as Ashes loses did, Clarke may still be playing. Ricky Ponting gave Australian cricket all he could, so what if he was the first in many, many years to have continued playing Test cricket for Australia after relinquishing captaincy?

And do not even dare imagining Steve Waugh or even Shane Warne (in the opinion of many the best captain Australia never had) walking up to a certain individual, who can only damage them and their side in just one corner of the world.

Steven Smith is a student of the game.

It is certainly not easy being Steven Smith. But it is very exciting. Because Steven Smith knows how much ever Darren Lehmann describes IPL pitches not helping Australia prepare for Test cricket in the subcontinent, he is their best bet. Steven Smith may be having David Warner at his disposal, but he knows it will not suffice.

Being Steven Smith is also exciting because he knows he has a quality side that has the credentials to improve, provided they apply themselves. Only if they are ready to change, ready to dig in, ready to sacrifice the comfort. Ready to underrate victories at home and in favourable conditions in New Zealand and South Africa, and put price on every single wicket batting in Indian subcontinent and England. Ready to grind, ready to dig in, ready to do all it will take to end their humiliations.

Steven Smith wants answers. He seeks information. He wants knowledge, and he wishes to put in all that he has got to improve, to become better. Seeking answers, he enters a rival dressing-room. Interacts with men with whom he may have never spoken with, may have known very little. And then in a corner, he spots his team’s wrecker-in-chief. Rangana Herath. 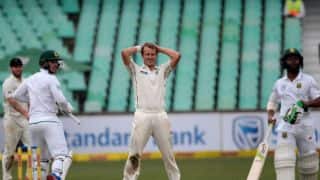 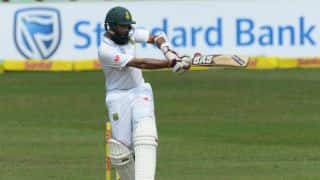