Vihari on the nervous 90s, moving to Andhra and learning from Virat Kohli and Joe Root.

Hanuma Vihari returned from the Caribbean as the highest run-getter of the series with 289 runs in two Tests and for somebody who made his first-class debut in 2010-11 season as a 17-year-old, success at the international level has been a long time coming.

He missed out a maiden century in the first Test, but was unperturbed and reached the triple-figure mark in the next while putting up a good account of himself alongside Ajinkya Rahane in the middle order. With the home season beginning in October, the 25-year-old is looking forward to sustaining the momentum.

CricketCountry.com spoke to Vihari after his return to India about the nervous 90s, how moving to Andhra changed things and what he has learned from watching the likes of Virat Kohli and Joe Root.

Not at all. I was not thinking about the 90s as such. Obviously, there will be nerves. If I tell you I was not nervous, I am not being honest. I was nervous, but at the same time I was really focused and I did not want to throw it away like I did in the last game. I was really focused to get the big score because I worked so hard in the game, playing the tough part and I really wanted to get there and was really motivated. I am thrilled it happened.

When we spoke before the 2019 IPL season, you said that an international debut had lifted a huge pressure from your shoulders and that you grew in confidence. How is your confidence after the West Indies tour?

The self belief is there. I always had the self belief, but it feels good to have a hundred under your belt, that too in the early part of my career. That lifts the monkey off the back as well. I am really looking forward for the home Tests coming up and hopefully I can continue my form.

ALSO READ: For me, every Test match is my last, went into West Indies tour with a clean slate: Hanuma Vihari

In 2016, you moved to Andhra. MSK Prasad became the South Zone selector, then chief selector. All the while you continued to make runs. Is it a case of things falling in place at the right time?

You need a little bit of push. It’s not that I have not been performing, but you need that little push, especially coming from a small state. So I would really love to thank Andhra Cricket who gave me the push. Especially playing so long for Hyderabad and coming to Andhra was a big change, they treated me well, accepted me. Gokaraju Ganga Raju sir welcomed me, Dr Kinjal Suratwala and MSK, as you said, they have been supportive.That is one of the reasons I could make it to the Indian team, because of Andhra cricket.

Reaching this level is one thing, but staying there is another. Players like Virat Kohli andJoe Root have managed to do that. What are your takeaways watching them in terms of how to maintain that high level of performance?

I think commitment to the game. They are very committed not only on the field, but off the field as well. Their work ethic is amazing. These are the things I am trying to learn and do better. And hopefully once I manage to do that well and prepare well, I can sustain myself for a long time.

Any thoughts on breaking into India’s limited-over setup?

I am confident. I have evolved my game from last year. If you look at the second innings in the first and second Tests [in the West Indies] I showed I can accelerate. But, it is up to the selectors, wherever or whenever they want me, I am up for it. 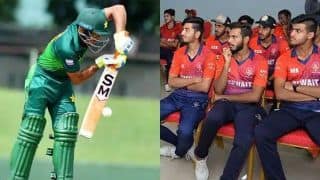 Dream11 Team Pakistan U19 vs Kuwait U19, Match 10, U-19 Asia Cup – Cricket Prediction Tips For Today’s match PK-Y vs KUW-Y at Moratuwa 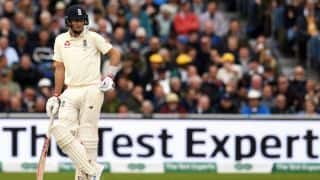