Afghanistan won all their three matches in the in the first round of the ICC World T20 2016.

Afghanistan have made it to the Super 10 stage of the ICC World T20 2016, where they are placed in the same group as England, South Africa, Sri Lanka and West Indies. They certainly have the capability to win a match or two in the group, which will make the tournament very interesting. So, who can the realistically beat? Sri Lanka are going through a slump at the moment and they just about managed to edge past the United Arab Emirates (UAE) in the Asia Cup T20 2016. Afghanistan have won seven out of their eight Twenty20 Internationals (T20Is) in 2016 and have one of the best win records this year. READ: ICC World T20 2016: Afghanistan thump Zimbabwe to qualify for Super 10 stage

Afghanistan have tasted World Cup success in the past when they beat Scotland in the ICC Cricket World Cup 2015. They almost defeated Sri Lanka as well, but a Mahela Jayawardene century ensured Afghanistan do not get their first big scalp in international cricket. Players like Mohammad Nabi, Ashghar Stanikzai, Dawlat Zadran and others have played a lot of cricket and have the experience to ensure that Afghanistan put up a good fight in every single match.

Afghanistan have been dominant in the first round of the ICC World T20 2016. They beat Zimbabwe, Hong Kong and Scotland. But their real test will however come against the likes of South Africa and other teams in the Super 10s. Afghanistan are ranked ninth in the ICC T20I rankings, above Bangladesh at 10th, who are a full-fledged Test playing side. READ: The rise and rise of Afghanistan cricket

Mohammad Shahzad has been a real revelation with the bat for them. He scored a brilliant 118 not out against Zimbabwe recently and he is the main threat at the top. He has scored 278 runs against Test playing nations, out of which 249 have come against Zimbabwe. 17-year-old leg-spinner Rashid Khan too has had a good beginning to his international career and his skill and temperament too will be tested moving ahead in the series.

If Afghanistan win a match, Group 1 will be wide open. If they do not, they can take with them the experience they would have gained by playing these games against top-ranked sides and come out with improved performances in the future. Either way, it’s a win-win situation for them. 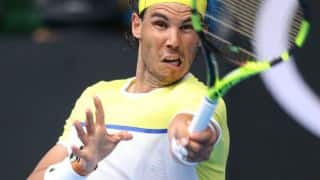