India in the post-Sachin Tendulkar era

India in the post-Sachin Tendulkar era

For the first time, against South Africa at Johannesburg, India will be playing a Test match in the post-Tendulkar era.

It’s a new journey for the Indian team as they take on South Africa, heralding the start of the post-Sachin Tendulkar era. Abhijit Banare looks at what India will really miss and the journey forward.

It’s not 15,921 runs in 200 Tests with 51 hundreds which has walked away post November 16. It is Tendulkar, the inspiration for the Indian team, which will be missed the most. If numbers were the only aspect of his greatness, every cricketer who played with him would not have gone out of the way to express how grateful they are having played with Tendulkar. As the Indian Test team starts the first Test in the post-Tendulkar era, it is Tendulkar the quiet leader in the Indian dressing room that has gone away. We have heard countless stories of how Tendulkar motivated Yuvraj Singh through his tough times, how Harbhajan Singh was encouraged early on in his career, how he helped out in dealing with youngsters in the team about ironing out their technical flaws. It’s the guidance that those in the dressing room depended on which will be missed.

At the same time, this Indian team has moved on past Tendulkar on many other counts, which has been discussed in this article. This moment today signifies that despite all the fanfare surrounding a cricketing legend, no sportsman is greater than the sport. A thought which Tendulkar has graciously expressed to many of the over-the-top praises. The new score sheet starts now. It’s upon the new generation of Indian team to take the journey forward collectively.

While it is next to impossible to fill the void of such a great No 4, the Indian selectors and captain need to be credited for setting up a transition phase which has not been in the limelight thanks to positive results. Today, India won’t collapse sans Tendulkar in the batting order because the other players have grown alongside him, and have taken enormous responsibility. Post the infamous 8-0 Test losses, Cheteshwar Pujara, Virat Kohli, Shikhar Dhawan and Rohit Sharma have all scored runs across formats. We all know the declining statistics of Tendulkar in Tests, a year before his retirement. Yet it has not affected India’s results and it significantly indicates that we are prepared for a post-Tendulkar era. The challenge has only begun and the batsmen need to take it forward, delivering results consistently. As the experience and maturity builds up, India will truly enter a different era altogether.

For captain Dhoni, it’s a subtle change in the task of a leader. From discussing the team strategies with Tendulkar, or ambling across and having a word with Rahul Dravid and VVS Laxman in the slips, he moves on to the same process with the others. Over a period of time as the team builds up, players like Kohli and Pujara will definitely have to step in to handle the role of captaincy. Because, we often forget that Dhoni himself won’t be around for too long and a leadership change is inevitable as time passes by.

The Indian skipper has been in his usual calm and composed mindset looking at what lies ahead rather than pondering over what has gone by, “With the last Test match we played in India, it is 100 per cent sure that Sachin won’t be available for any more international series. It was always good to have him, but now that he won’t be there, we have to concentrate on what he have in our hands. We have accepted that fact and moved on.”

The hype around India without Tendulkar has passionately gone overboard as much as the love for Indian cricket in this country. For more than two decades, Tendulkar was the backbone of the middle order in Tests as well as the leader of the batting in ODIs. Both the formats have stories to remember of his extraordinary service. When Tendulkar announced his retirement from ODIs on December 23, 2012, part 1 of the post Tendulkar era had already begun. The last one year has seen the rise of Kohli, Dhawan, Rohit. The limited overs side has blossomed into such a successful unit that we aren’t discussing about Tendulkar the ODI player anymore. Dhawan and Rohit have made us forget Virender Sehwag and Gautam Gambhir as well. The rise of these players over time has set up the Test side we see today.

Sports is one of the best ways to hold a reflection to reality. A human can turn into a hero and a hero ultimately has to walk away into the sunset, unlike the dream of a sequel being made to keep the hero alive. Perhaps it’s the latter part which needs to be taken not of as we move ahead. Post-Tendulkar era is not about discussing ‘Who is the next Tendulkar?’ but enjoying the phase of building of new heroes and new legends. India has to move on. After all, change is the law of life. 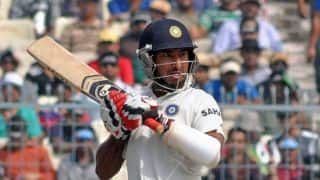 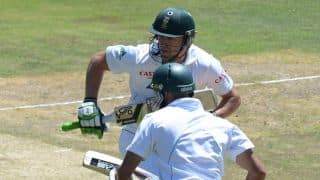