India have a good record in T20Is in Australia - four wins and two losses, of which three came in a landmark sweep in 2016.

Virat Kohli s Indian cricket team, ranked second in Twenty20 internationals, begins its tour of Australia with the first of three T20Is against third-ranked Australia in Brisbane on Wednesday.

Whereas once Indian teams traveled to Australia facing the weight of history, in 2018 the situation is different because of several factors. India are no longer considered pushovers, and in ODIs and T20Is have success across the globe to add to their confidence. Australia are also going through a lean period, having lost five of their last six T20Is and recently slumped to their 18th ODI defeat in 21 matches. During this time, they lost an unprecedented seven successive ODIs.

India have won 13 of three T20Is in 2018, which includes a 2-1 series win in South Africa in February, the tri-series Nidahas Trophy title triumph in Sri Lanka, a 2-0 win over Ireland, 2-1 in England and most recently 3-0 over West Indies. This gives India a win-loss ratio of 4.33, second best for all teams in 2018.

Only top-ranked Pakistan, with 17 wins out of 19 T20Is, have a better win-loss ratio.

Aaron Finch s Australian team has won nine of 16 T20Is this year, losing seven which includes a run of five defeats in six games – to Pakistan in the final of a tri-series in Zimbabwe followed by three to Pakistan in the UAE last month and now on Saturday to South Africa in a one-off. The win came over hosts UAE before the series loss to Pakistan.

Interestingly, India have a good record in T20Is in Australia – four wins and two losses, of which three came in a landmark sweep in 2016.

On the last tour, four straight ODI defeats were followed by a consolation win in the fifth match at the SCG and Kohli s statement after that fourth defeat that India would look to end the tour with a 4-4 scoreline came true with a clean 3-0 sweep in the T20I series, his contribution being 199 runs from 124 balls to be named Man of the Series.

Of the youngsters to be given chances on that tour, Jasprit Bumrah and Hardik Pandya emerged as the brightest marks. 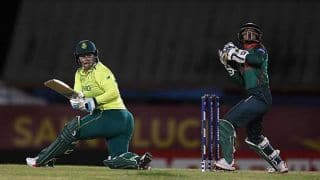 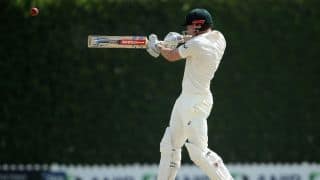