Cheteshwar Pujara, Rohit Sharma and KL Rahul have more often than not found themselves competing for a place for themselves in the Test side.

A few seasons ago, the Indian Test side would be the one where all sorts of experimenting would be done. The exit of the greats from Indian cricket ensured that the outfit would go through a lean patch in which new players would take their time to find their feet. But since the last Australian tour for the Border-Gavaskar Trophy 2014-15, followed by the ICC Cricket World Cup 2015, the Indian Test side has looked far more settled compared to their limited-overs team. India have stuck with their openers Murali Vijay and Shikhar Dhawan despite their inconsistency as a pair, and the middle-order too has not seen a lot of juggling. Full Cricket Scorecard: India vs New Zealand, 1st Test at Kanpur

Virat Kohli and Ajinkya Rahane — the leaders in the side — have some serious thinking to do in weeks to come. There is a very healthy competition brewing up between some key players, who will be around for at least next decade or more, which can also be described as ‘problem of plenty’. Cheteshwar Pujara, Rohit Sharma and KL Rahul have more often than not found themselves competing for a place for themselves in the Test side, and at least two out of these three batsmen have grabbed whatever chances they have got. The most consistent of them is Rahul, who has brought many runs. He is coming off an extremely successful tour of West Indies, wherein his rivals too got their opportunities but none garnered a century, which helped Rahul to make a strong case for himself.

Since India’s Test cricket team is spoilt for choices, it will be tough for the leadership to back the batsmen who are promising, but have not delivered on a consistent basis. The only two names that come in mind in this regards are that of Dhawan and Rohit, who have got a lifeline of sorts after selectors named them in the 15-member side for the three-Test series against New Zealand. While Rohit has been lacking runs in general, he last scored a half-century last year in August during the Sri Lanka tour, and had ordinary outings against South Africa at home and on the tour of the West Indies. More than Dhawan, it will be Rohit who will be feeling the heat since he does not have a Test century for three years to back his claim for a place in the side.

On the other hand, Dhawan’s inconsistency has come to the fore following lack of big runs from the aggressive opener. After poor showings on the tour of England and Australia in 2014-15, Dhawan was in need of big runs, something which he was able to achieve in Bangladesh by slamming a fine 173. The next series was against Sri Lanka, and a superlative 134 helped Dhawan showcase his promise once again to the Indian management. The India versus South Africa series was a nightmare for batsmen, but Dhawan’s scores of 45*, 12, 12, 39, 33, and 21 after two grabbing a pair in the opening Test at Mohali, helped him keep his place in the side. The question of Dhawan running out of hunger and temperament for a big score was answered at Antigua on the Caribbean tour was answered by a fine innings of 84, which came off 147 balls. A century stand with Kohli in that innings signified that Dhawan may be inconsistent, but he is in a far better position compared to Rohit. READ: Ashwin, Ishant and other top bowling spells for IND against NZ

The two cases mentioned above show that there are openings in the Indian playing XI for those who are contesting. Rohit may not find a place in the team for the first Test since both Rahul and Pujara have shown form with centuries and the going will only be tough for the Mumbai batsman. Keeping this scenario in mind, there can be a few changes expected in the Indian batting order.

Usually, the Indian selectors do not pick the squad for the entire Test series when playing at home. But this time around, probably on the insistence of the Test captain the selectors decided to stick with the men who were sent to the Caribbean for the four-Test series. It meant that both Rohit and Dhawan found a place for the next three Tests, and if they grab the chances that come their way they can still cement their places in the side. There was however, outrage on the selection of Rohit in particular, as there are a few more batsmen in the Indian domestic circuit making waves. If Rohit fails, he has some trouble coming his way. READ: IND vs NZ: 5 memorable Tests

What Rohit and Dhawan need to acknowledge is that scoring runs on a consistent basis is what is needed, and Rahul and Pujara have somehow been able to tick that box. Pujara may have not scored a century since the Sri Lanka tour, but his huge score of 256 not out reminded once again that he is a home bully, and it is that time for the monster to rise on favourable home tracks and crush the opposition.

The fact that four men are contesting for two spots is certainly a scenario the Indian management would like, but if at all they are forced to make any changes, they have to be pragmatic. In case, if Rohit hits the nadir, it should ideally be Pujara replacing him in the middle order. And if the team management want to see how Rahul fares in home conditions — he is anyway being expected to score heavily — he should partner Vijay in the opening slot.

Given the fact that Rohit played in the final Test in West Indies and did not get any chance to prove himself realistically — the match was washed out — it could look harsh on the right-hander. But it is a possibility since he does not have big scores to back his case and Pujara has roared back to rich form the moment he landed back home. READ: India vs New Zealand: Ravindra Jadeja’s opportunity to glory as all-rounder

The most assuring factor, which the Indian Test cricket side has at the moment is the presence of Rahane, the multi-talented Ravichandran Ashwin and Wriddhiman Saha in the lower-order. Saha’s rise in the West Indies was certainly among the big achievements for the Indian team, and if the wicketkeeper-batsman is able to crush all sorts of competition with runs in the upcoming series, there is no chance for his challengers such as Naman Ojha to make their case. 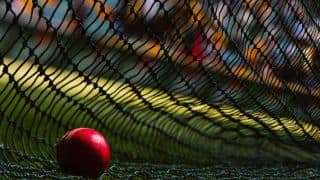