Chahal and Yadav make for the perfect pairing for the legspinner provides control and attacking balance, and the chinaman is a maverick with the ball.

NAPIER: As a spin allrounder, Ravindra Jadeja has come through different stages in his playing career. When he first started out, many didn t consider him good enough for international cricket, despite Shane Warne publicly professing his superstar talents. (READ: How Dhoni and Kuldeep planned Trent Boult’s dismissal)

Never mind the triple hundreds or bagful of wickets in domestic cricket, the Indian team management saw certain usability in his resources. It was the reason why MS Dhoni charted his Test career when he led the team on its previous overseas cycle in 2014. Building on that run, he went on to become one of the leading wicket-taking allrounders in Test cricket, almost matching R Ashwin blow for blow. By 2017, they had both reached heights of their prowess.

The Champions Trophy that summer knocked winds out of their sails. Ashwin has subsequently become a one-format bowler, while Jadeja missed out on limited-overs cricket from September 2017 until September 2018. One year is a long time in international cricket, particularly when your team has two brilliant, young wrist spinners to bank on. It was during this same time period when Jadeja was sidelined that Yuzvendra Chahal and Kuldeep Yadav built their wrist spin pairing.

Since September 2017,when India earnestly started preparations for the upcoming World Cup, Chahal has played 29 ODIs. Yadav has played 27 ODIs in the same duration. To say their pairing has worked wonders would be an understatement. They have bamboozled opponents at home, and left South Africa as well as Australia stumped in their own backyards. Only England were able to comprehend them even that took three T20Is and two ODIs before Joe Root got the hang of playing Yadav.

Hardik Pandya s injury post that tour had a major impact on India s strategic thinking thereafter, and the team management used this opportunity to strengthen their spin wares for the World Cup. There was never any doubt that Chahal-Yadav had already bought their tickets to England. Yet, like all spots, the spin department needed some backup too. Axar Patel had been trialled earlier, but he last played ODIs against South Africa in February 2018. In the year gone past, only Jadeja has been used as a third spin option.

Apart from the top-order and the primary wicket-keeper slot (read Dhoni), this aspect of India s World Cup preparation is most settled. Even so, over the past few months, Jadeja has got a lot of game time. This is particularly relevant in Pandya s absence, for the management looks at him as an all-round option. Only problem herein is that Jadeja has been used as a second spinner and not a proper allrounder.

At different instances, he has either paired up with Chahal or Yadav as the second spinner, and not the fifth bowling option. Keeping the World Cup in mind, the think tank has either opted for three pacers. Or as seen recently against Australia and New Zealand, they waited for Vijay Shankar to show up and then paired him with Kedar Jadhav for the fifth bowler s quota of ten overs.

Even now, Jadeja only bowls within himself in limited-overs cricket. He cannot be an attacking option in overseas conditions where wickets are flatter, and his recent record 16 wickets in 11 ODIs since September 2018 prove as much. If he were just used as an all-rounder along with Chahal-Yadav in the playing eleven, then that is a good return. But then, 30 overs of spin are a few too many in English conditions.

It underlines why Chahal-Yadav need to be India s foremost spin pairing going ahead. The Napier ODI perfectly underlines this aspect, wherein they shared six wickets after being reunited for the first time since the Pune ODI against West Indies in October 2018. Theirs

Chahal seldom has bad days, and even then ends up with a couple wickets. Yadav might lose control at times, but on most days, he doesn t and runs through batting line-ups. Bowling in tandem with Dhoni shouting instructions from behind the wicket, they are irresistible together.

The need for experimenting and giving Jadeja a run to confirm his World Cup spot as third-choice spinner was understandable. That is done now, and India need to give Chahal-Yadav a solid five-match outing in this current series against the Black Caps. These are conditions similar to what they will face in England, unlike the upcoming home series against Australia. As such, like with the batting as well as pace department, this is one final tune-up for the wrist-spin duo before a big summer. 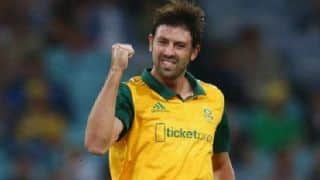 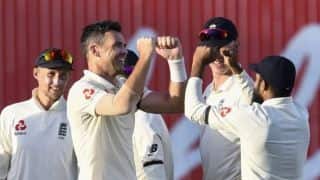