India's four-year cycle towards the 2023 World Cup starts in the first ODI in Guyana on Thursday.

Virat Kohli doesn’t feel like teams need to start planning for World Cups four years in advance, but the truth is that India‘s four-year cycle has begun.

The just concluded T20I series with West Indies two in Florida, one in Guyana was India’s first international assignment since they crashed out of this summer’s World Cup semi-finals with an 18-run loss to New Zealand on July 10. Today’s ODI against West Indies at Providence, Guyana is India’s first since that loss at Old Trafford.

Three ODIs against West Indies could easily be brushed aside as a filler between the T20Is and Tests, but they are a big opportunity for India to start correcting the problems that let them down at the 2019 World Cup and start to shape a team for the 2023 World Cup.

In the World Cup, India were ultimately undone by a brittle middle order and a reliance on Rohit Sharma and Kohli. Rohit top-scored in this World Cup with 648 runs and scored a record five centuries, while Kohli finished with 443 and not a single century.

Losing Shikhar Dhawan was a big loss, and though KL Rahul stepped up with one century and two fifties as replacement opener, the batting was too dependant on Rohit and Kohli, ranked No 2 and No 1 in ODIs respectively. On the biggest day of the World Cup, India were reduced to 5/3 and then 24/4 and it was game over, no matter how valiantly Ravindra Jadeja and MS Dhoni batted thereafter.

Kedar Jadhav was dropped from the XI as India grappled with poor selection – why was Ambati Rayudu dropped for the World Cup? – and the experiment that was Vijay Shankar at No 4 did not work out as planned. Rishabh Pant was brought in as Dhawan’s replacement and batted at No 4 four times, with returns of 32, 48, 4 and 32.

Pant has been chosen as India’s designated wicketkeeper across formats for the tour of the West Indies the first time in his career that he has been given that much responsibility – and Kohli confirmed that he is “the future, definitely” after the 22-year-old scored 65 not out off 42 balls, his best T20I score, to win the third match in Guyana on Tuesday.

With Dhoni’s India career having entered its final stage, Pant will get plenty of chances to cement his spot. He has done so in Test cricket, and with few challengers presenting themselves, the wicketkeeper’s role in ODIs and T20Is is his to blow. Pant’s road to the 2023 World Cup begins today in Guyana.

With Dhawan back, Rahul will in all probability drop back to No 4. He is the batsman most likely to get chances at No 4, with Pant set to bat at No 5. Rahul has not convinced in his ODI career yet, in part due to not having a set role. He has opened when one of the preferred two has been injured or rested, and has been tried at No 4 in similar circumstances. For their future and his, India need to figure out what role Rahul has to play in ODIs at the age of 27.

Until Mohammed Shami burst back into the ODI team with success in Australia and New Zealand at the start of the year, Khaleel Ahmed looked on track for a World Cup ticket. The left-arm pacer impressed in the few ODI and T20Is opportunities he got, overall, and now with Jasprit Bumrah rested he gets another chance.

(READ: Would love to see Krunal Pandya get a chance in ODIs too: VVS Laxman)

Khaleel’s skill is not in doubt, but his temperament is. On the domestic circuit, he has a reputation of being a bit flappable when things aren’t going his way and this is where a guiding hand like Kohli could make or break him. A major part of Kohli’s job as captain is get the best out of young talents like Khaleel, who hails from the Tonk district of Rajasthan, and ensure that they cope with the pressures of international cricket. Khaleel, all of 21, has a lovely wrist position and can move the ball around.

Success against West Indies could do him a world of good, but more important is understanding his craft and what he is required to do for India. Here, Kohli is the key as India build towards the 2023 World Cup.

And then there is Manish Pandey and Shreyas Iyer. Pandey, 29, has not cashed in on his chances in ODIs, though silently he must be wondering why he has been shunted all through the middle order. He has got another recall with Dinesh Karthik dropped and Shankar rehabilitating at the National Cricket Academy, and thought ostensibly behind Jadhav in the proverbial pecking order, Pandey could seriously push for longer playing time if he gets a chance and uses it well.

Jadhav is 34 and won’t be around for the 2023 World Cup, so here is where Iyer, 24, fits in best. His talent is evident, but he has not been able to get another shot with India since early 2018 and despite an average of 42 after six ODIs. The No 4 spot is still open, and if Rahul fails to cash in then Iyer is in line to get a crack at it.

With Hardik Pandya rested and Vijay Shankar injured, Jadeja has further chance to become India’s second allrounder in ODIs. Jadeja played just two matches in the World Cup, and two of the three T20Is on this tour.

His left-arm spin and excellent fielding keeps him relevant as a limited-overs cricketer, and as he proved in the World Cup semi-final, Jadeja can do serious damage with the bat. But his batting has overall been too patchy, and hence a good series versus West Indies could keep Jadeja in the fray for further playing time once Pandya returns.

Just three ODIs against West Indies? Perhaps, but if treated correctly these are three ODIs that could, in a significant way, shape the trajectory of India’s path towards 2023. 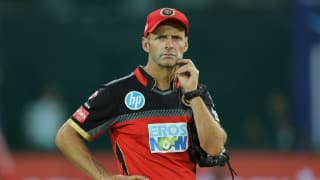