There is plenty riding on Unadkat, Chakravarthy, Curran, Ingram and Dube in IPL 2019.

The Indian Premier League (IPL) player auction in December 2018 saw many players emerge as millionaires from the 351 that went under the hammer, and now as IPL 2019 looms large the time has come for them to justify their massive price tags.

Ahead of the IPL, here’s a look back at the auction’s five biggest purchases:

The joint highest earner at December’s auction when he was re-purchased by Rajasthan Royals for a whopping Rs 8.4 crore, Unadkat has plenty riding on him. His name set off another bidding war as Delhi Capitals, Chennai Super Kings, Kings XI Punjab and Rajasthan chased him. In the end Rajasthan – who before the auction released him – won back his services.

The left-arm pace bowler, capped 18 times by India, led his state team Saurashtra to the final of the 2018-19 Ranji Trophy and there were murmurs of an India recall.

The player who made the most headlines at the IPL player auction in December was Tamil Nadu all-sorts bowler Chakravarthy who fetched a price tag of Rs 8.4 crore as well.

Until then, Chakravarthy’s main claim to fame was taking wickets in the Tamil Nadu Premier League. Come auction day, he saw his valuation sore from a base price of Rs 20 lakh to 42 times that much with Kings XI Punjab forking out Rs 8.4 crore. That made him the third costliest uncapped Indian cricket in any IPL season.

Chakravarthy – who once gave up professional cricket for a career in architecture – has been quiet since the auction, which adds to the mystery surrounding him.

After making a big mark in his first year of international cricket with England, the Surrey allrounder was the most expensive overseas buy at the IPL auction.

He went to KXIP for Rs 7.2 crore, at the age of 20, largely because of his success in England’s 4-1 Test series win over India in which he was named joint Player of the Series along with Virat Kohli. Having entered the IPL auction for the first time, Curran attracted a bidding war from Delhi and Royal Challengers Bangalore who chased him until KXIP joined in at the Rs 5 crore mark and held on to out-bid RCB.

The one-time South Africa batsman, who in 2014 signed a Kolpak deal with English county side Glamorgan, has played franchise cricket in England and South Africa as well as at the IPL, Big Bash League, Caribbean Premier League, Afghanistan Premier League and Pakistan Super League.

At the auction, Ingram was bought by Capitals previously known as Delhi Daredevils for Rs 6.4 crore to become the second-most expensive overseas buy.

Last month, Ingram smashed the highest individual score in a the PSK in an innings containing 12 fours and eight sixes.

The young Mumbai allrounder surged from a base price of Rs 20 lakh to net a contract with RCB for 25 times that – a huge Rs 5 crore that made Dube the costliest uncapped purchase of the auction.

This price tag came was Dube made news for hitting five sixes in an over during the Mumbai T20 League last year, followed by a score of 114 in the Ranji Trophy. His pace bowling and T20 batting strike-rate added to his value at the auction, and now Dube has a terrific chance to play alongside Virat Kohli and AB de Villiers. 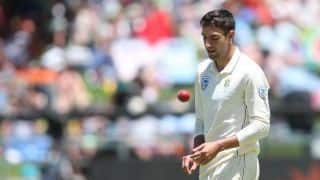 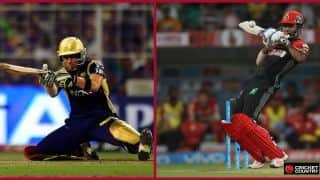